It is competition time with Me Too! Foods again!

Me Too! Foods‘ range of vegetarian, award-winning houmous, falafel, salads, dips, soups and sauces are bursting with flavour and freshness with every bite. And this year they’re introducing a new member to the Me Too! family – frozen falafels in four fantastic flavours. Full of freshness and flavour, simply store in your freezer until your next meal or snack. Try their Beetroot, Original, Spinach & Kale and Sweet Potato falafel today.

You can find Me Too! Foods in the chilled section of your local deli, Costco, Morrisons, Sainsbury’s, Tesco and Waitrose stores and from this month you’ll find Me Too! Foods products – including their new frozen falafel – on Ocado too!

I am delighted that Me Too! Foods have given me two Me Too! boxes of goodies comprising: Original, Lemon & Coriander and Roasted Red Pepper flavoured houmous to giveaway – one prize for facebook and one prize for twitter. 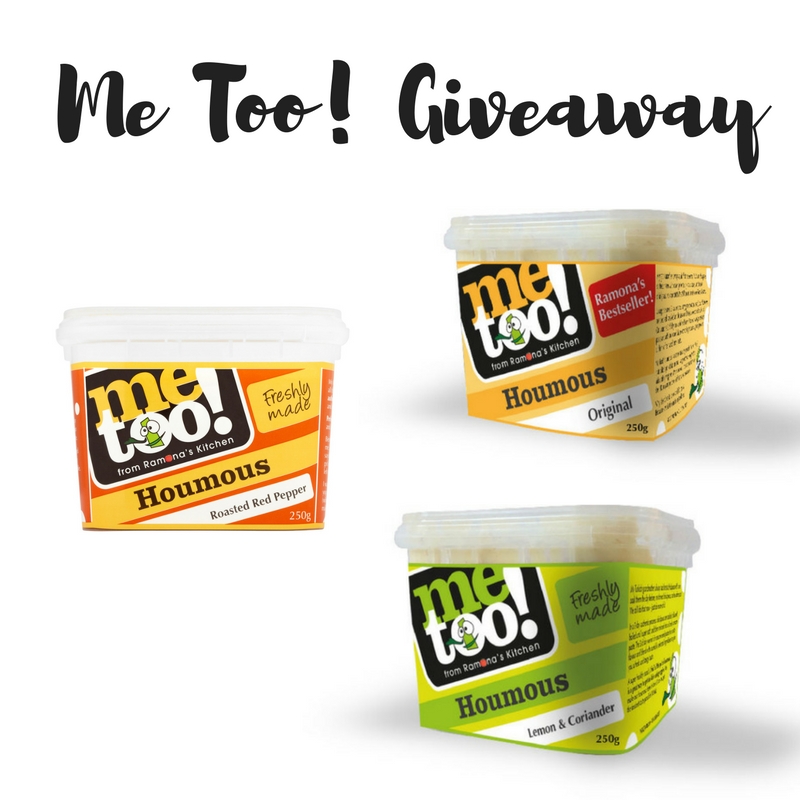