I’ve another brilliant foodie find for you! Meet Natasha from The Urban Cordial Company:

The Urban Cordial Company was founded in 2013 when Natasha was bored at work and looking to do something that she loved, that would keep her mind busy! She makes a lot of her own products and grows her own vegetables, so she decided with a friend that they would try and make some cordial & jam to sell at the farmers market. The friend quickly pulled out and so Natasha, on her own, started experimenting with different flavour combinations for the cordial whilst applying to different markets to see if she could trade. Approximately 230 bottles were made and they subsequently sold out in 3 markets, so Natasha chose to continue with the company in 2014. All stock has drastically increased from the previous year, sales are going very well and now the plan is to grow the company and get the cordial distributed to delis, and supermarkets across the country! All the fruit within the cordial comes from local farms in Surrey, Hereford and Sussex, and where possible The Urban Cordial Company supports small farms and the local community. There are currently six flavours available and some new recipes will be introduced to the markets in the early summer!

I am delighted that the Urban Cordial Company has given me 6 bottles of UrbanCordial to giveaway: 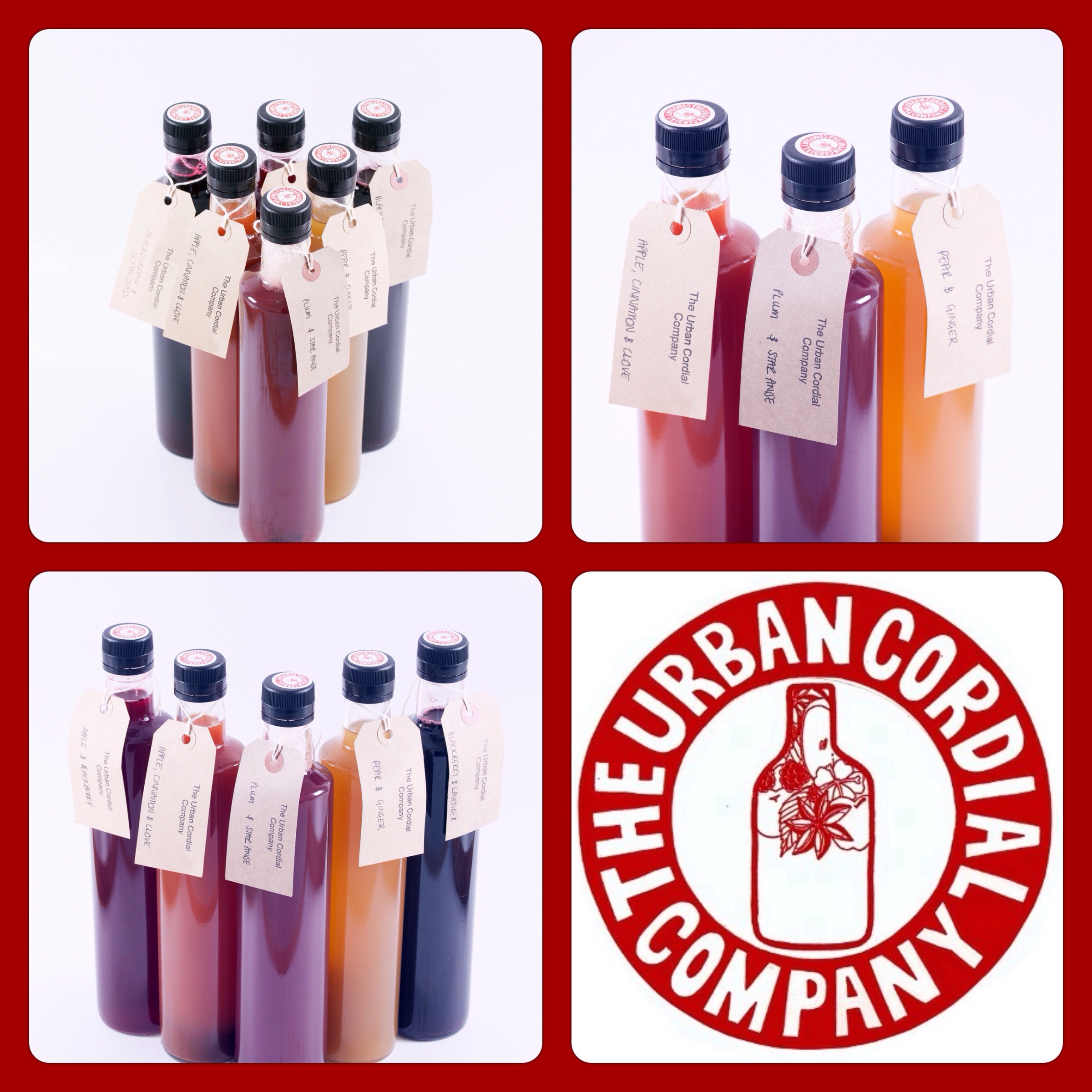