It is Chocolate Week and Sloane’s Hot Chocolate and The King’s Ginger have a special giveaway for you! 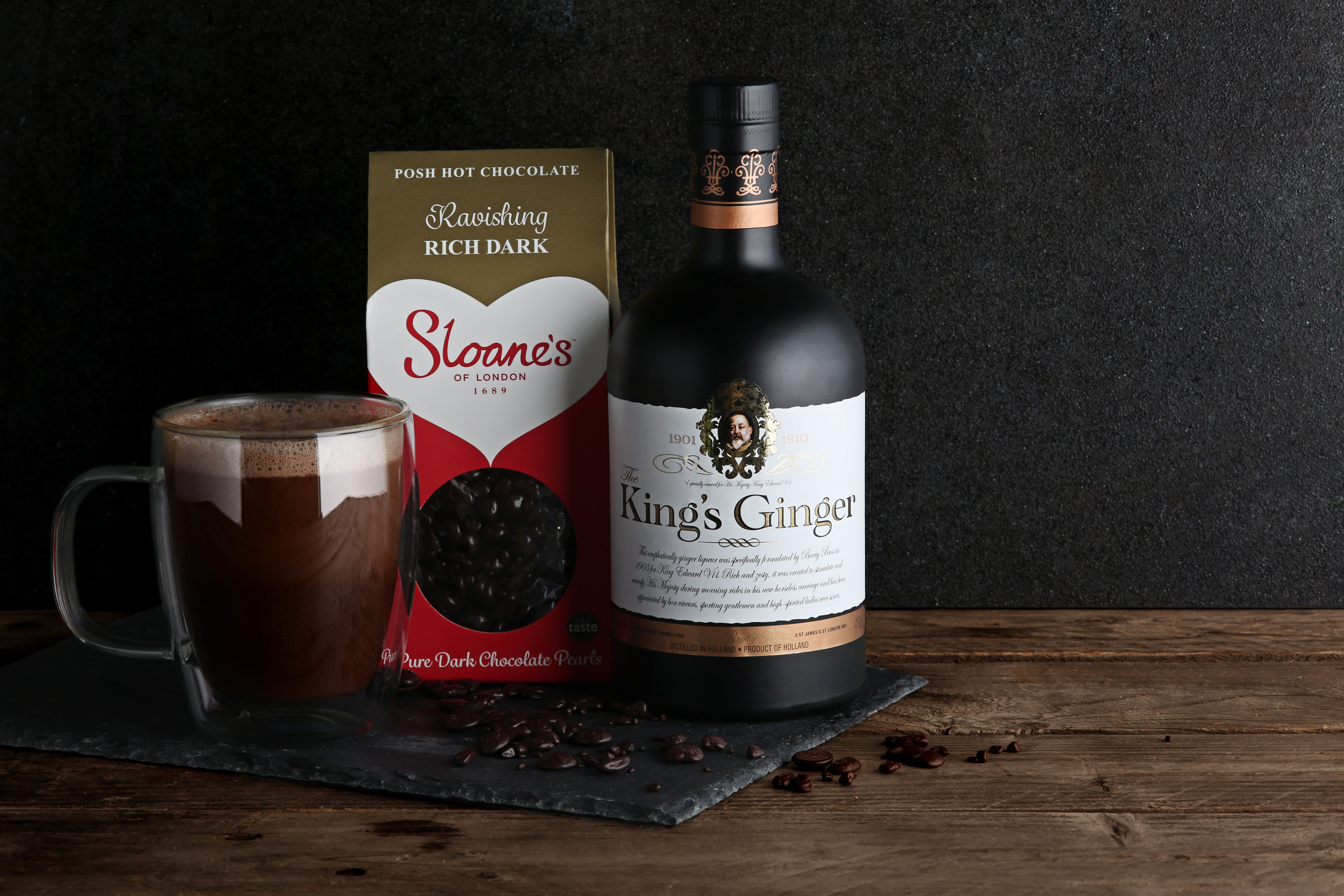 Sloane’s and The King’s Ginger both have strong historical links to Royalty. Sir Hans Sloane was appointed physician to King George I in 1716 and soon the King was enjoying a hot chocolate every morning. In 1903 The King’s Ginger was specifically formulated by Berry Bros. & Rudd for King Edward VII to warm and revivify His Majesty.

Sloane’s Ravishing Rich Dark Hot Chocolate has a full cocoa body with delicate vanilla notes and with 57% cocoa, it creates a drink with a pleasing rich intensity.

The King’s Ginger is crafted by careful maceration of the ginger root, and enlivened by the judicious addition of citrus lemon oil. A refreshingly revivifying high-strength liqueur (41%) to be appreciated on its own as well as in any number of cocktails and long drinks.

To celebrate Chocolate week I have created this beautiful Puddle Pudding combining Sloane’s Chocolate Pearls and The King’s Ginger. 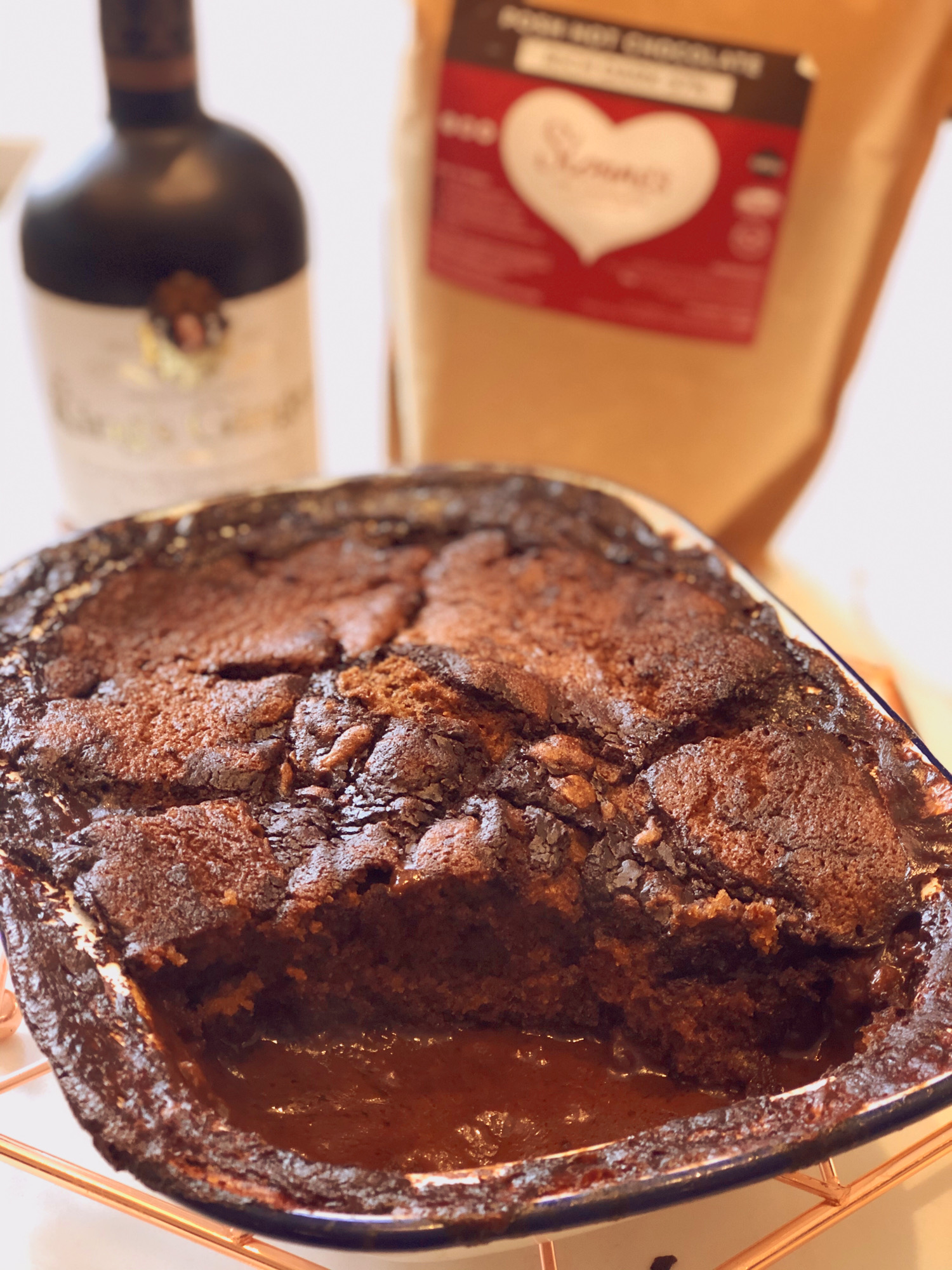 You can find the recipe here! 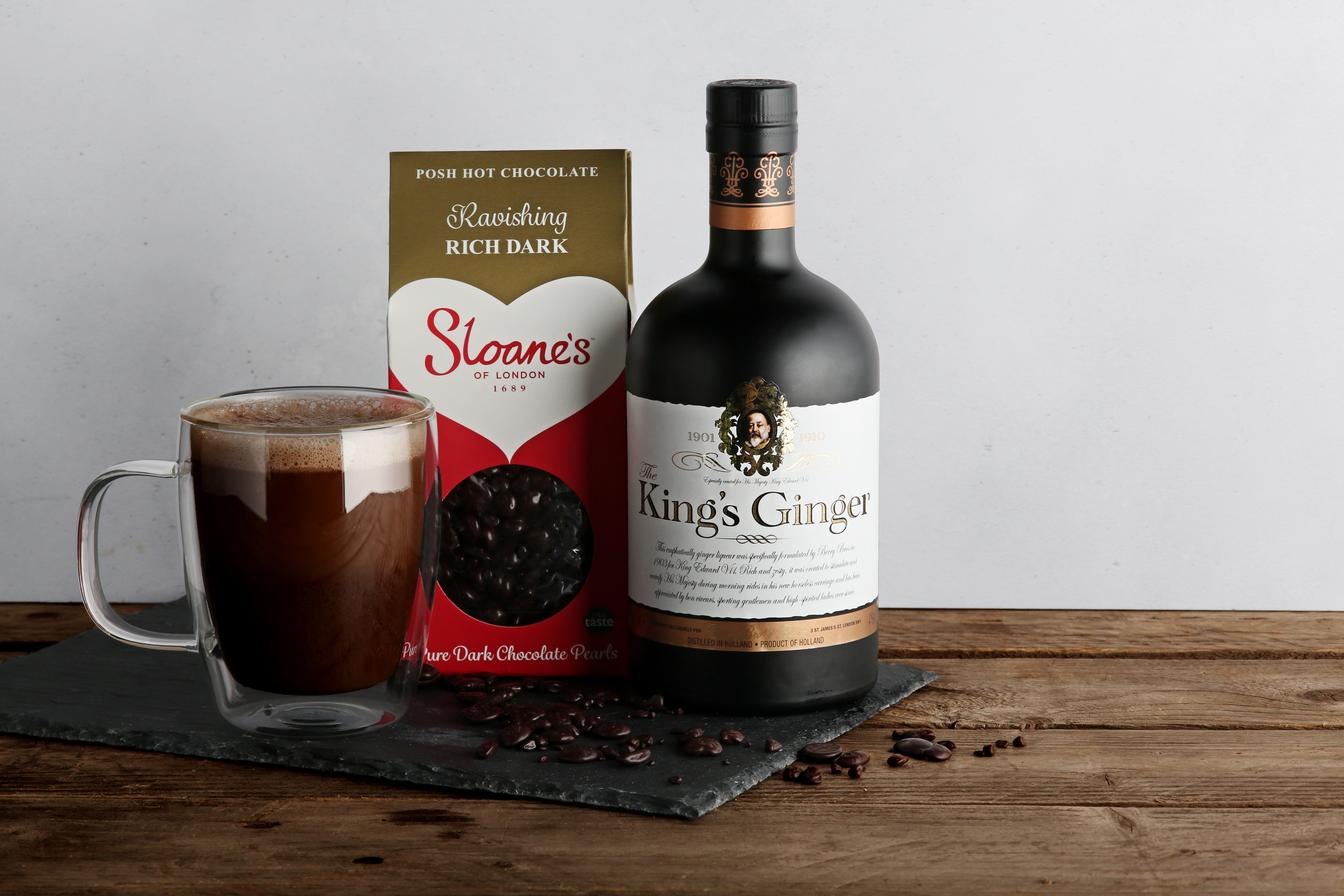 The Facebook winner will be chosen at random from someone who likes mine & Sloane’s Hot Chocolate‘s & The King’s Ginger‘s Facebook pages and answers the competition question on my Facebook page. You may only enter once on facebook.

The twitter winner will be chosen at random from someone who follows me @SuzyPelta & @sloaneshotchoc & @TheKingsGinger on twitter and who have retweeted the competition information. There are no limits to the amount of twitter retweets and each twitter retweet counts as a new entry into the competition. However if you are not following @SuzyPelta AND @sloaneshotchoc AND @TheKingsGinger your retweets will not count.

The instagram winner will be chosen at random from someone who follows me @SuzyPelta & @sloaneshotchocolate & @TheKingsGinger on instagram and who has answered the competition question there. There are no limits to the amount of times you can enter on instagram and each new answer counts as a new entry into the competition. However if you are not following @SuzyPelta AND  @sloaneshotchocolate AND @TheKingsGinger your answer will not count.
And now for the terms & conditions: