It is time for another competition and this one is with Pic’s Peanut Butter!

My husband first discovered Pics at Foodies Festival and then I discovered them at BBC Good Food Show and it was love at first sight! I am a big peanut butter fan (as proved by my Lorraine Cake Club winning cake!) And my whole family would probably pick peanut butter on toast as their meal of choice for nearly every meal!!

Pic’s was born out of a love for natural peanut butter – each jar of Pic’s is made from freshly roasted 100% Hi-Oleic Australian peanuts and nothing else; no artificial additives, emulsifiers, preservatives, oils or added sugar, only a light pinch of sea salt in the salted varieties

These superior peanuts give Pic’s 25% more good fats than non hi-oleic peanut butter. Combine this with 26% pure protein, and its swagger of awards including Olive Magazine’s No 1. Artisan Peanut Butter, Great Taste Awards and Men’s Fitness Food Awards, Best PB 2016 – its no surprise that healthy nuts are stuffing their shopping bags full of the good stuff. 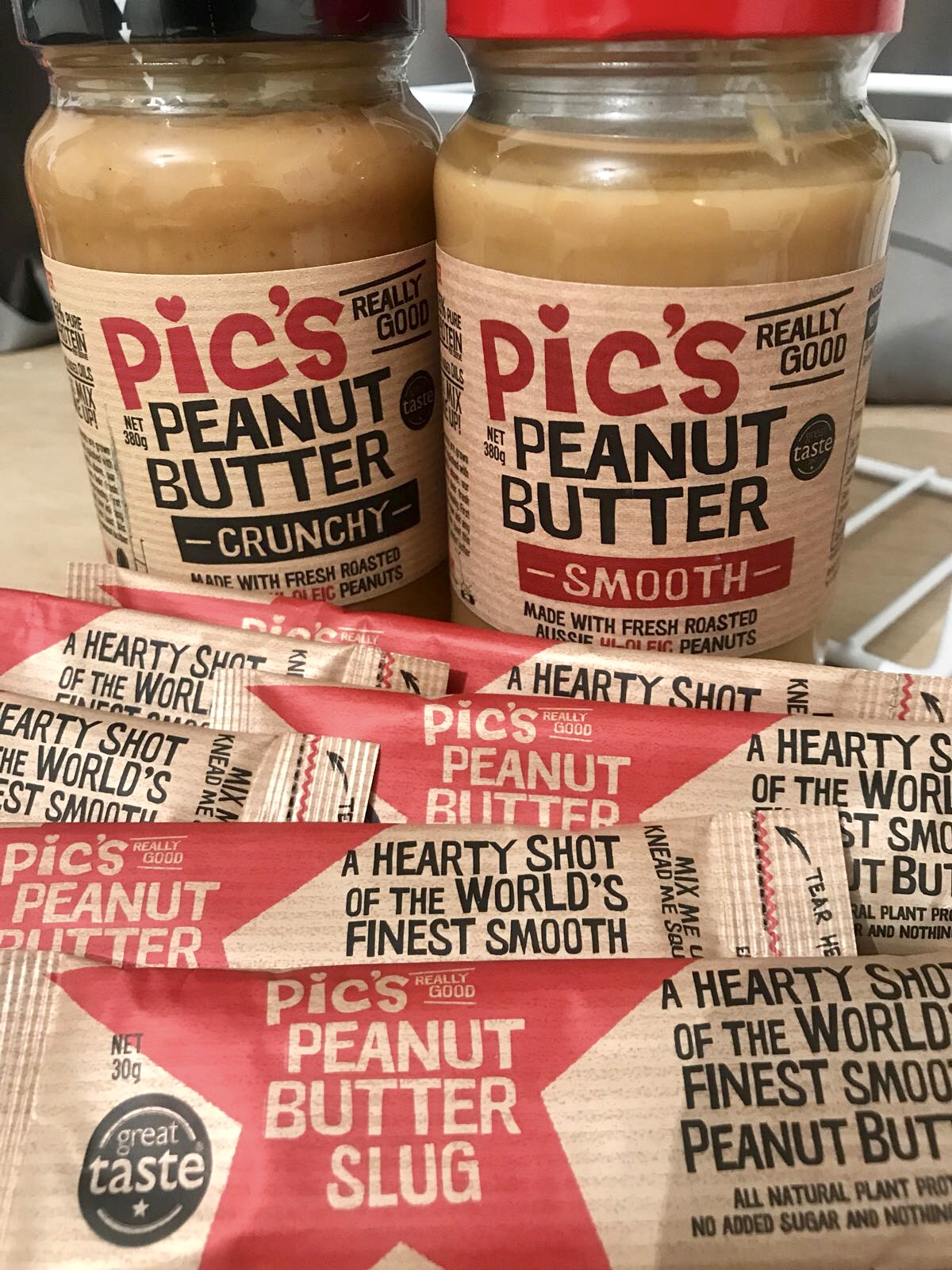 Each bundle includes: a 380g jar of crunchy, a 380g jar of smooth and 7 slugs for a week’s worth of peanut butter shots on the go!

The Facebook winner will be chosen at random from someone who likes mine & Pic’s Peanut Butter‘s Facebook pages and answers the competition question on my Facebook page. You may only enter once on facebook.

The instagram winner will be chosen at random from someone who follows me @SuzyPelta and @picspeanutbutter on instagram and who has answered the competition question there. There are no limits to the amount of times you can enter on instagram and each new answer counts as a new entry into the competition. However if you are not following @SuzyPelta AND @picspeanutbutter your answer will not count.