Me Too Houmous Giveaway

It is time for a savoury competition and this time it is with Me Too! Foods…

Me Too! Foods produces fresh vegetarian foods such as houmous, falafel, fresh salads, dips, soups, sauces and Mediterranean meze specialities that bring mealtimes to life! Their houmous is an exotic blend of chick peas, garlic, lemon and sesame paste. It’s their biggest selling product and people regularly tell them it’s the best houmous they’ve ever tasted – and as someone who regularly buys their houmous, I can tell you that it most definitely IS the best! And kids love it too! Me Too! houmous is a perfect addition to a kid’s menu – serve in a cup with bread and vegetables.

Me Too! was founded by Ramona, who grew up in South Africa as the youngest child in a social family of‘feeders’ and so when it came time for to her to start a business it was definitely going to be in food. Ramona is passionate about delicious tasting food. Food that tastes home-made is a company ethos that is reflected in all the products that come out of Ramona’s Kitchen and Me Too! Foods. Ramona says that if she wouldn’t feed it to her own family it doesn’t leave the factory!

Me Too! Foods can be found in your local deli, Tesco, Sainsbury’s and Costco. And they’ll be appearing in Morrison’s from early 2016.

I am delighted that Me Too! Foods have given me two boxes of goodies to giveaway – one for twitter and one for Facebook and each containing Original Houmous, Red Chilli, Jalapeño, Lemon and Coriander, Roasted Red Pepper and Beetroot Houmous! 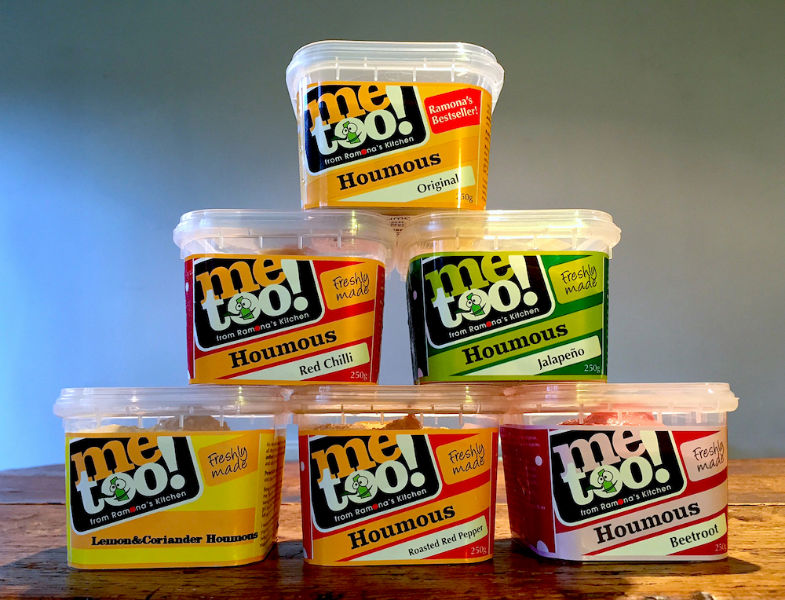