Me Too Christmas Competition

It’s nearly Christmas and this is the time for sharing! Me Too! Foods‘ range of houmous and dips are the perfect accompaniment to your party planning.

Their award-winning houmous is an exotic blend of chickpeas, garlic, lemon and sesame paste. It’s their biggest selling product and people regularly say it’s the best houmous they’ve ever tasted!

The chickpeas are cleaned, soaked and boiled in a 3-day process until they are exceptionally soft. Only on the 3rd day are they blended into our unique creamy paste.

You can find Me Too! Foods in the chilled section of your local deli, Costco, Morrisons, Sainsbury’s, Tesco and Waitrose stores. 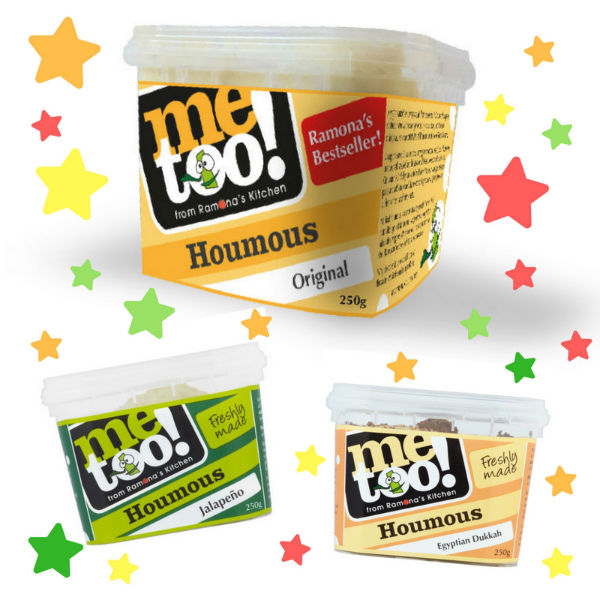