The kids are back to school (yippeeee!! Love them, but yippeeeee!!) And so to celebrate, I have a competition for you with JimJams!

JimJams No Added Sugar Chocolate Spreads are 83% less sugar than any other chocolate spread on the market. JimJams use a naturally sourced sweetener which means their spreads are kinder to your teeth, diabetic friendly, nearly half the calories of sugar. The spreads are also gluten free. JimJams products are available nationwide in Sainsbury’s, Morrisons, Wholefoods, Booths and online with Ocado and Holland & Barrett.

I am delighted that JimJams have given me TWO prize bundles to giveaway – one for facebook and one for twitter! 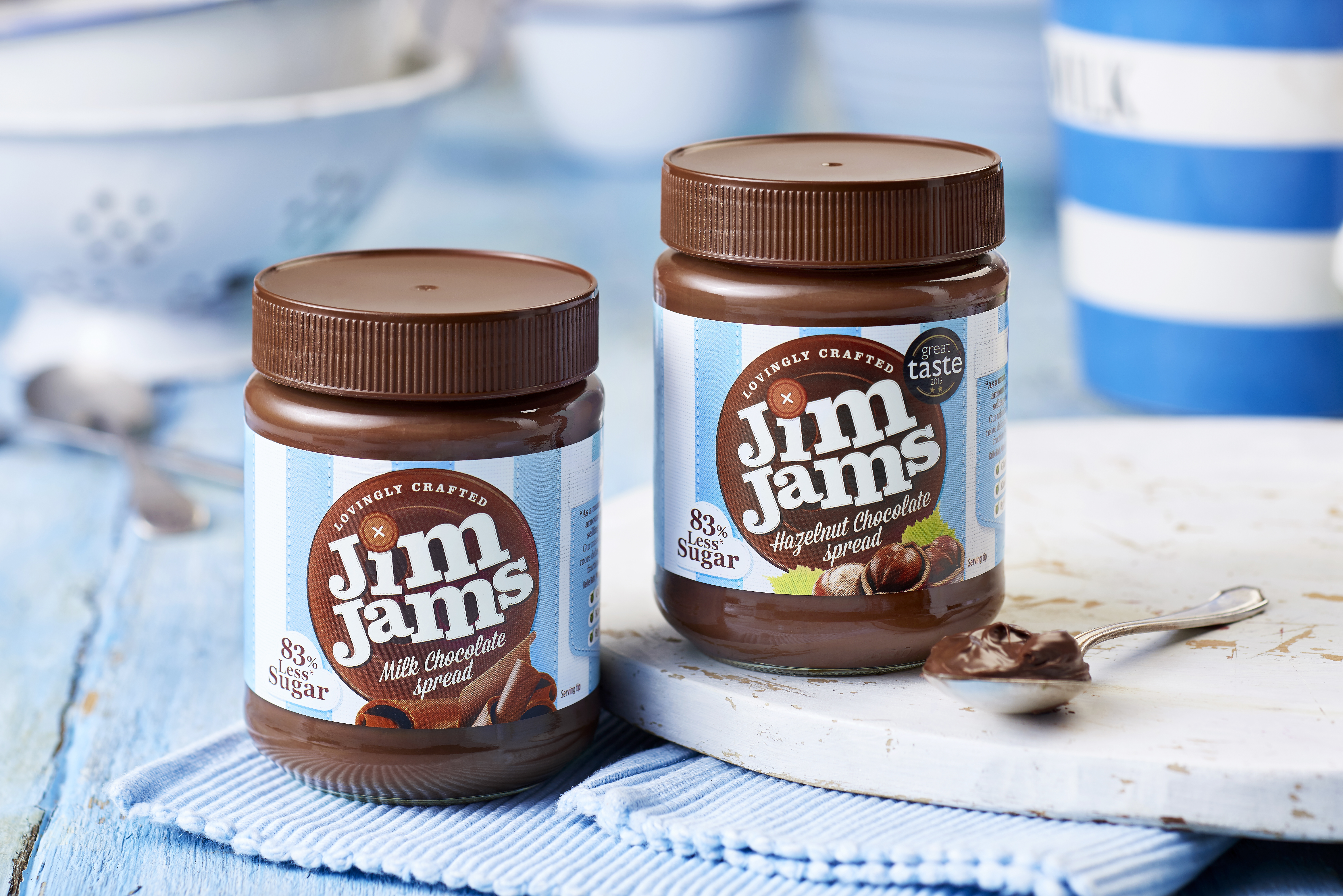 The twitter winner will be chosen at random from someone who follows me @SuzyPelta and @JimJams_spreads on twitter and who has retweeted the competition information. There are no limits to the amount of twitter retweets and each twitter retweet counts as a new entry into the competition. However if you are not following @SuzyPelta AND @JimJams_spreads your retweets will not count.