Earlier this week I was invited to Hans Sloane Chocolates HQ to learn how to make their Valentine’s Drinking Chocolate Hearts!!

Regular readers will know I’m a big fan of Hans Sloane Chocolates so I was very excited to see how it was all made!

The first thing that hit me was the incredible smell of chocolate as you entered the building. I literally felt like I was entering Willy Wonka’s factory!

First things first, I was made to wear a delightful outfit and then I was shown how the rich dark chocolate was tempered and I piped the chocolate into the heart moulds: 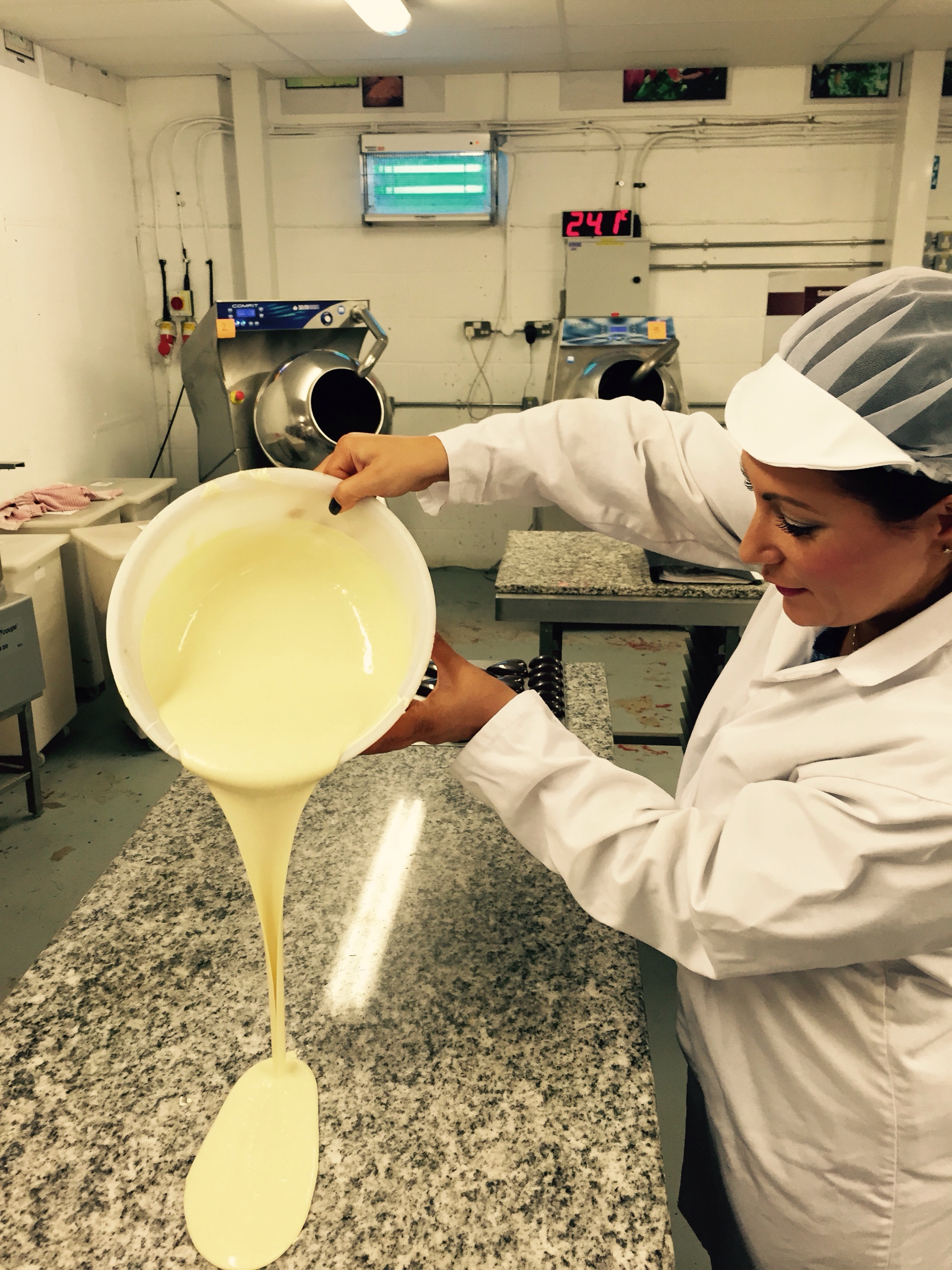 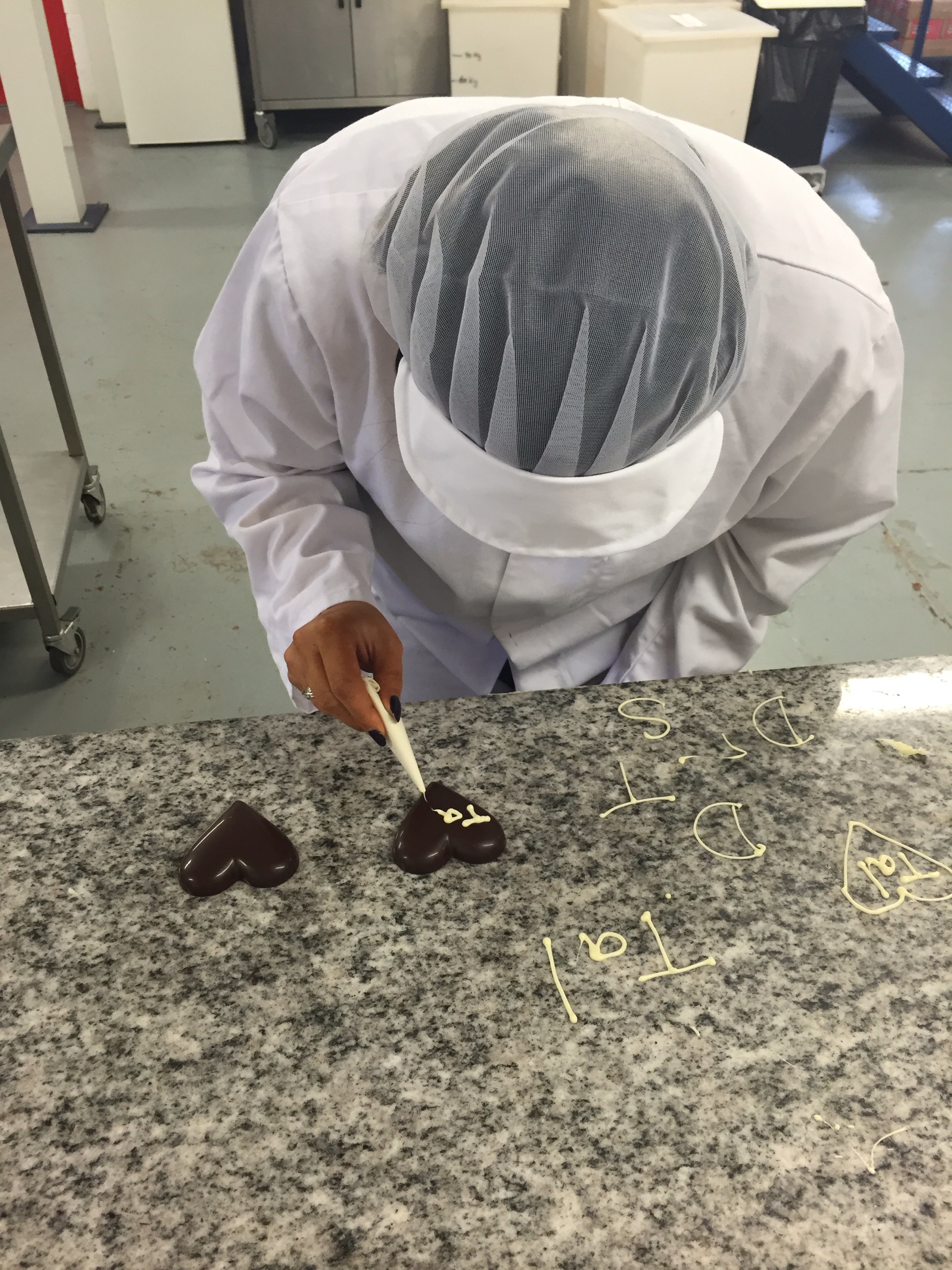 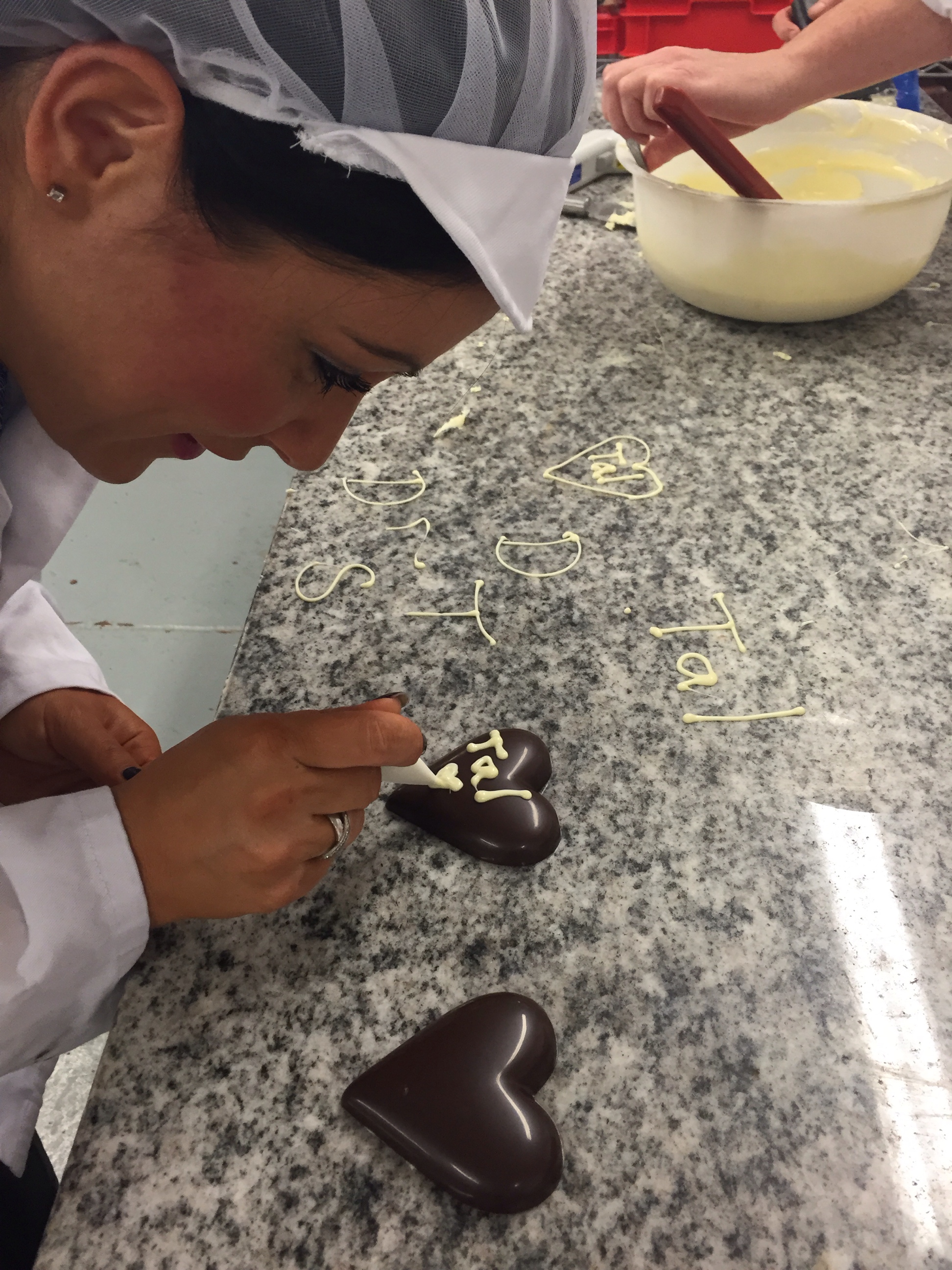 Then I filled the hearts with rich dark chocolate beads, carefully melted the edges of one heart and ‘glued’ them together! 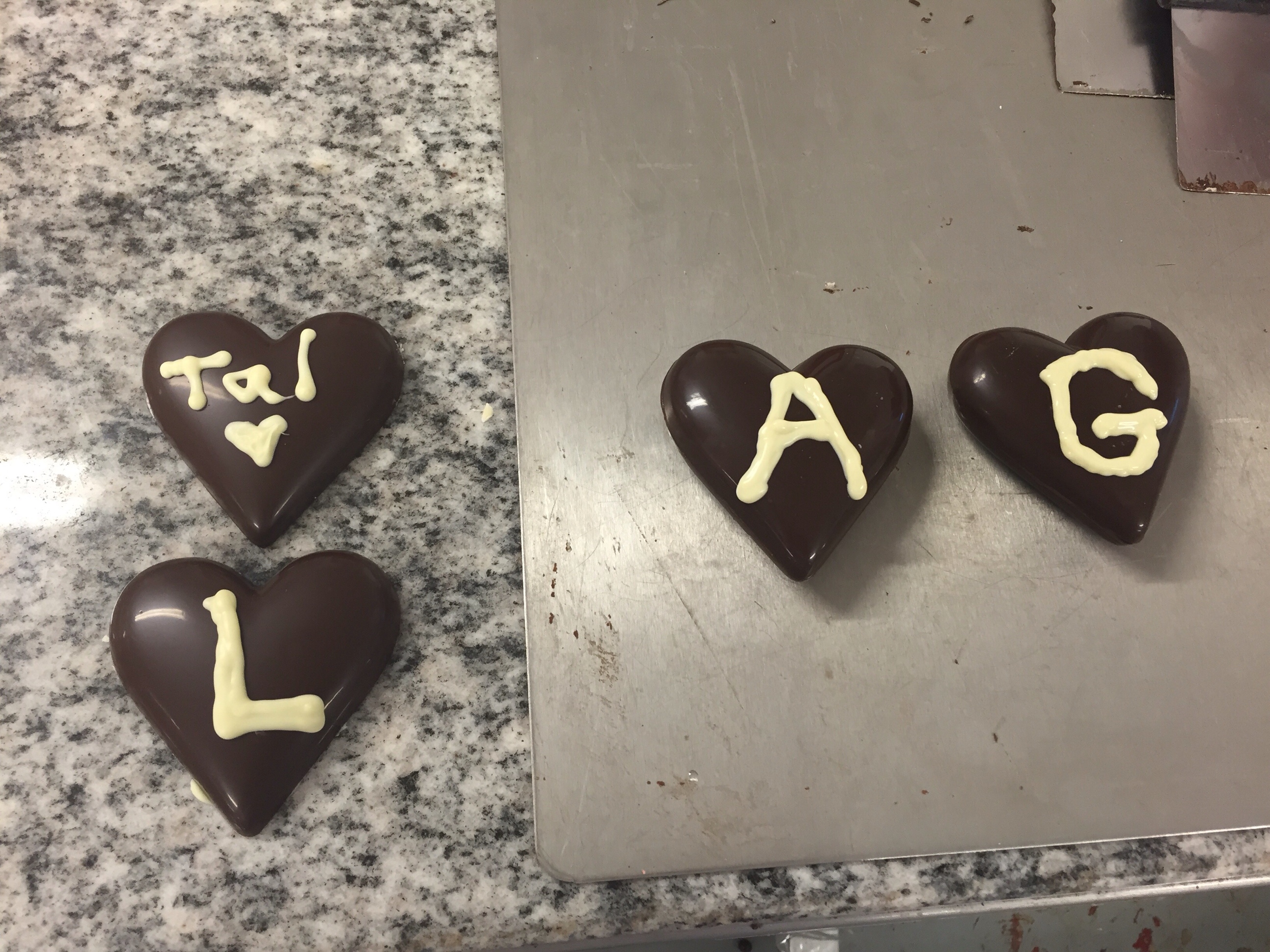 It was brilliant fun, I learnt so much and I got to come home with a hamper filled with the chocolate hearts I had made for my family! 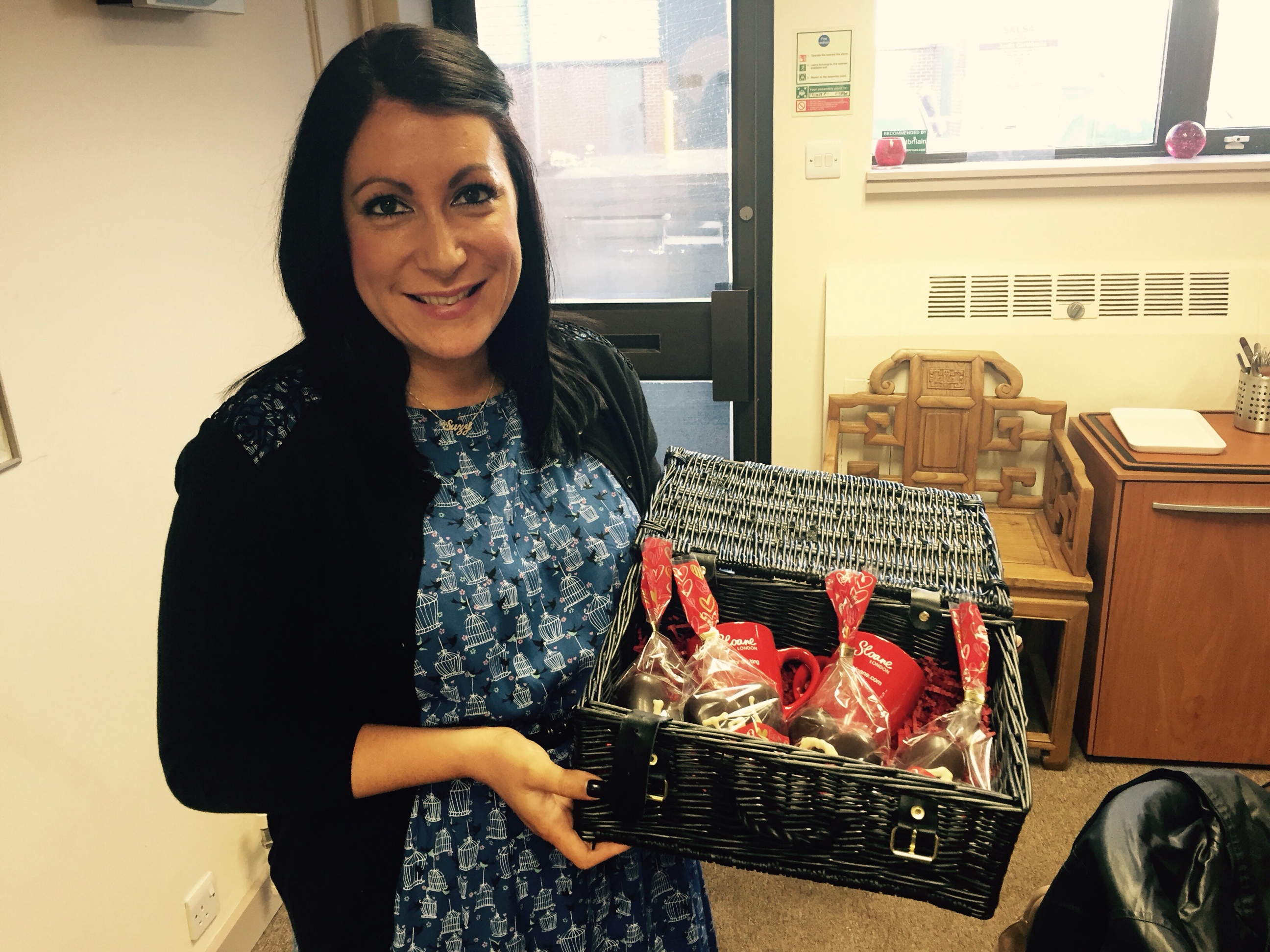 I really recommend you try, & you can find Hans Sloane Hot Chocolate in major supermarkets, online & in lots of other retailers.
I am incredibly lucky because Hans Sloane Chocolates have given me TWO ‘Melt your Heart’ Valentine’s Day Hampers to giveaway – one for twitter and one for Facebook! 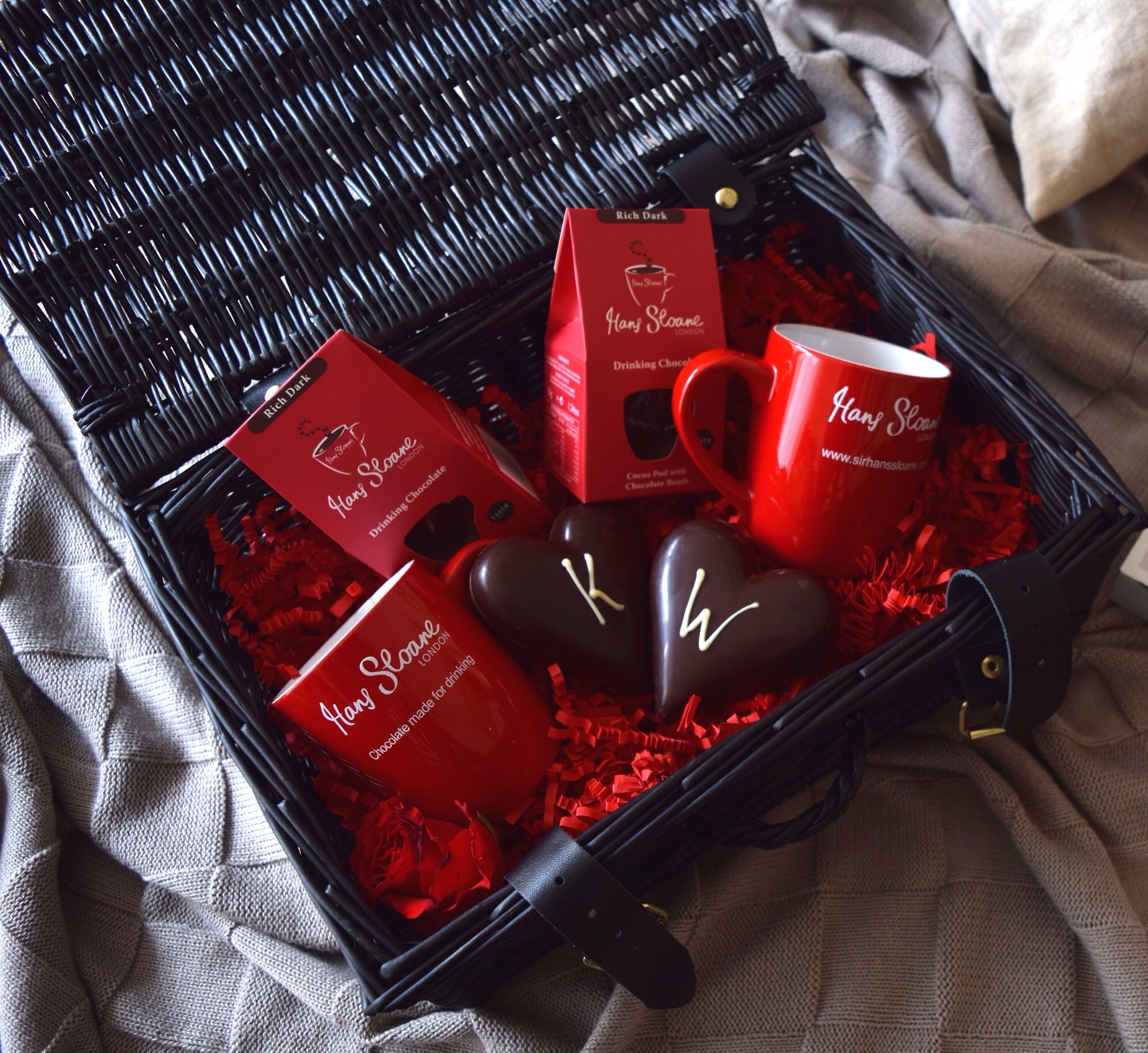 Two Personalised Hearts which melt with hot water or milk to make TWO cups
of their indulgent Rich Dark Drinking Chocolate, (The winners will need to tell Hans Sloane the initial they would like personalised on the hearts!)

This prize retails for £25 (additional £2 for personalisation) with £4.95 postage and you can buy it here!

So, how do you enter the Hans Sloane Competition?

The Facebook winner will be chosen at random from someone who likes mine & Hans Sloane Chocolates‘ Facebook pages and answers the competition question on my Facebook page.

The twitter winner will be chosen at random from someone who follows me @SuzyPelta and @sloanechocolate on twitter and who has retweeted the competition information.

There are no limits to the amount of twitter retweets and each twitter retweet counts as a new entry into the competition. However if you are not following @SuzyPelta AND @sloanechocolate your retweets will not count.