Kidzania with my Zany Kids!

Its Birthday season in Pelta towers and every year we like to have a special birthday day out to celebrate! Last year we went to Chessington (where my son tricked me on to a very fast, very scary ride) and this year, we went off to Kidzania! 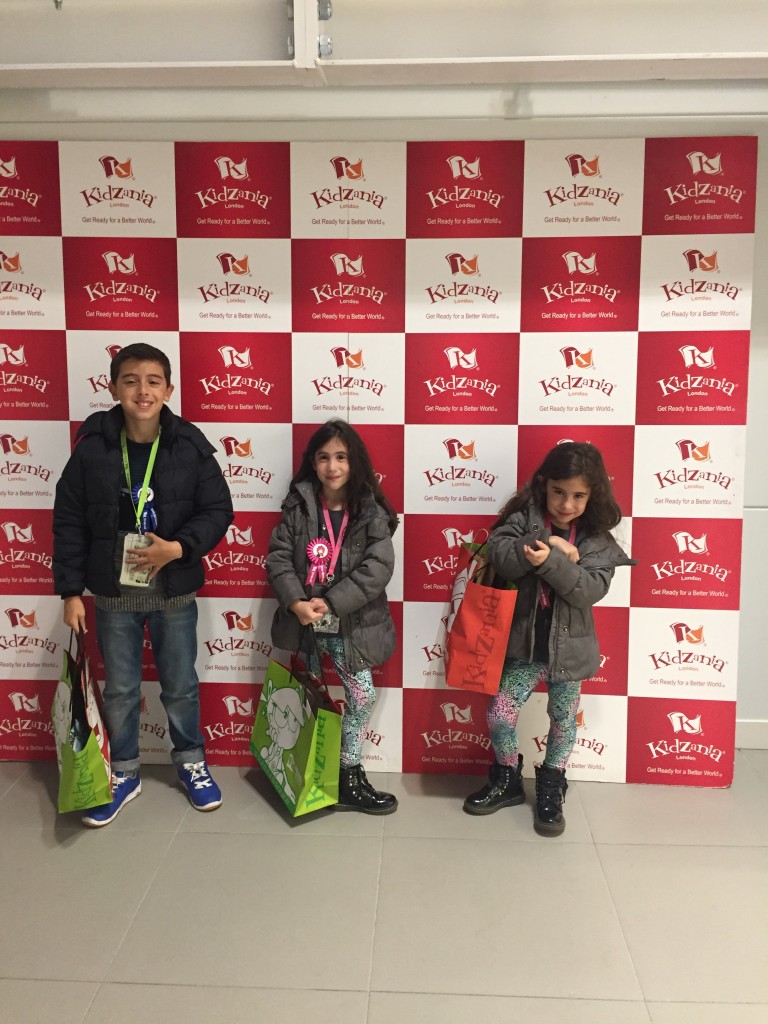 If you haven’t heard of Kidzania, then let me tell you a bit about it from their website…

Imagine a 75,000sq.ft child-size city where kids are in charge! Open now, KidZania has landed in Westfield London!

Have your kids ever dreamt of becoming a pilot, a firefighter, or the next award-winning singer? Watch the excitement on their faces as they try out more than 60 real life role-play activities in the bank, on stage or fighting crime on the streets as a police officer! Each role-play experience is crafted to teach kids essential life skills including financial literacy, team work and independence.

So, off me, Louis (aged 9, nearly 10) and Gracie and Amelie (aged 6, nearly 7) went to check-in at the KidZania International Airport, where we got:

RFID security bracelets for each member of our party. These will ensure your child remains safely within the City, and can only be checked out with you present.

50 kidZos, for every child aged 4 and over. Your child will use these to either pay for certain activities and products or they can save them and open a bank account.

A map of the City!

And once we were inside…well wow! I’ll be honest…it was a little overwhelming and I wasn’t sure where to begin, never mind the kids!

We seemed to find ourselves at the supermarket, where my kids took it in turns to both work, and shop there: 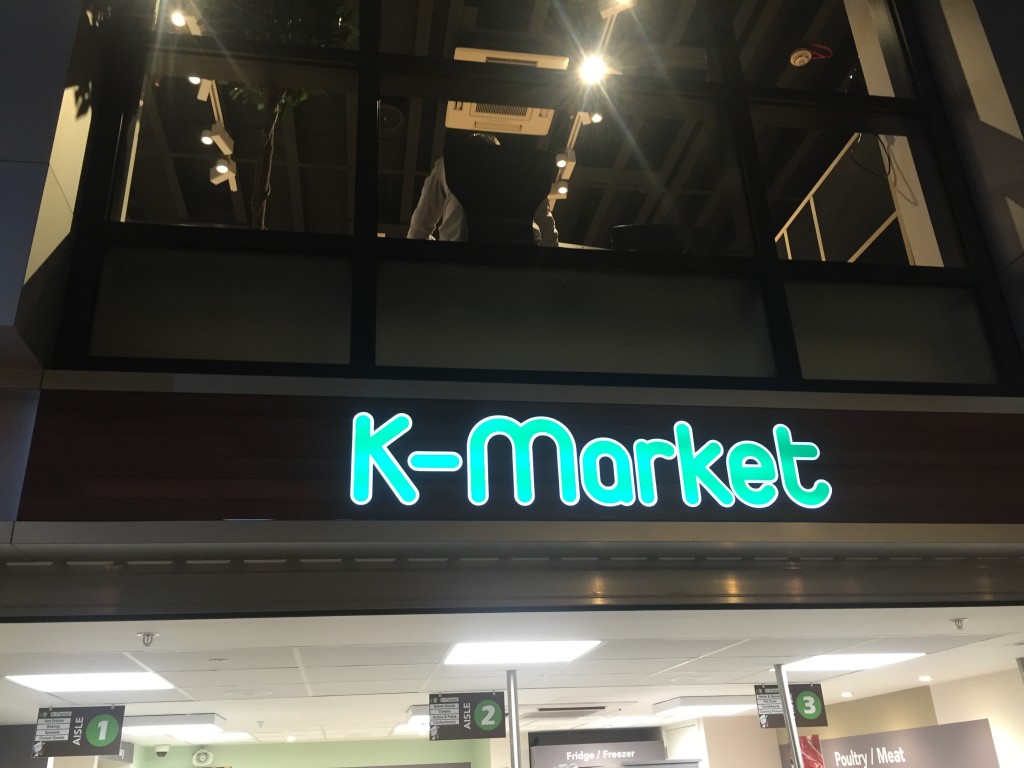 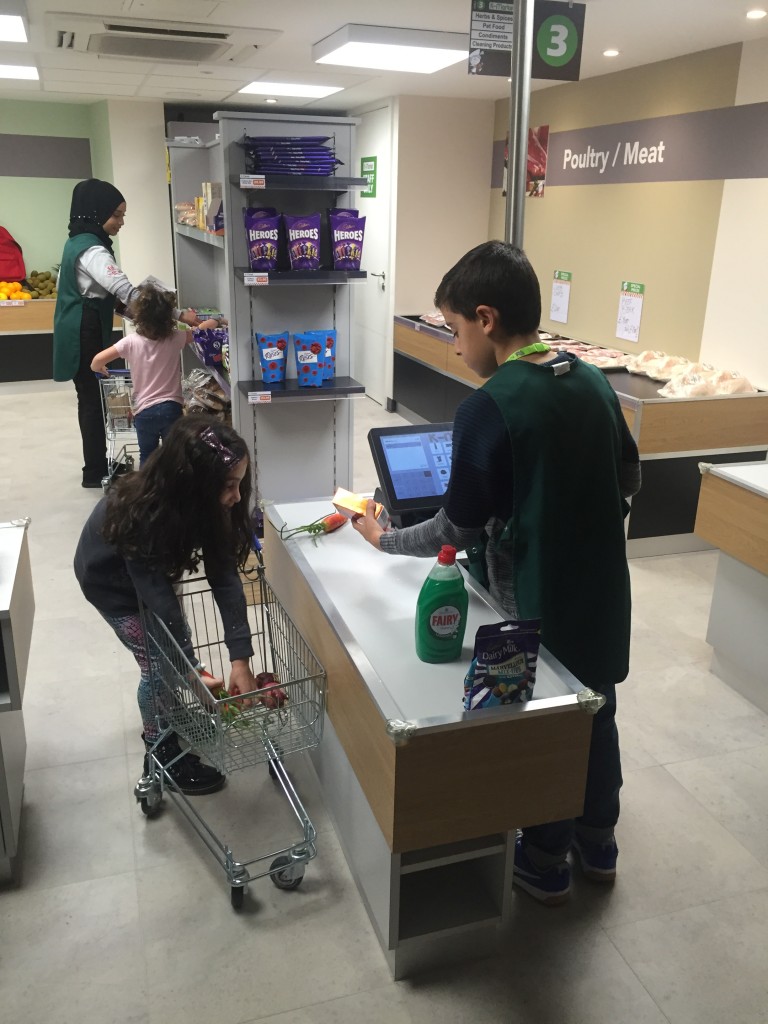 Shoppers were given shopping lists & shop assistants were given training, and then went to work on the checkouts. My kids loved this – one of their favourite things to do ‘in the real world’ is to use the self-service tills at the supermarket and this was an extended version of that!

Straight after this activity my son saw a friend from school and went off with him! What I loved about Kidzania was how safe it felt and every so often I would catch up with my son as I was able to scan my security bracelet to find out where he had last ‘checked-in’. What I think is brilliant, is that the first thing that Louis and his friend did together, was to go to University, where they both got degrees in Engineering!! (proud) 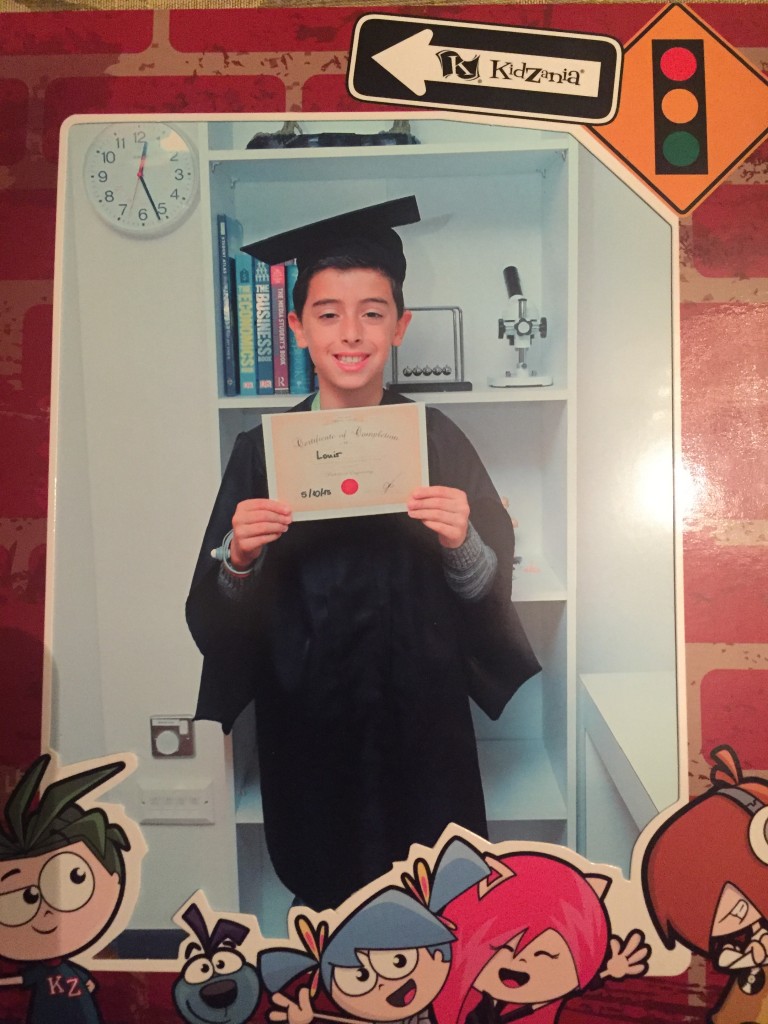 Meanwhile the girls had fun including working as housekeepers in a hotel: 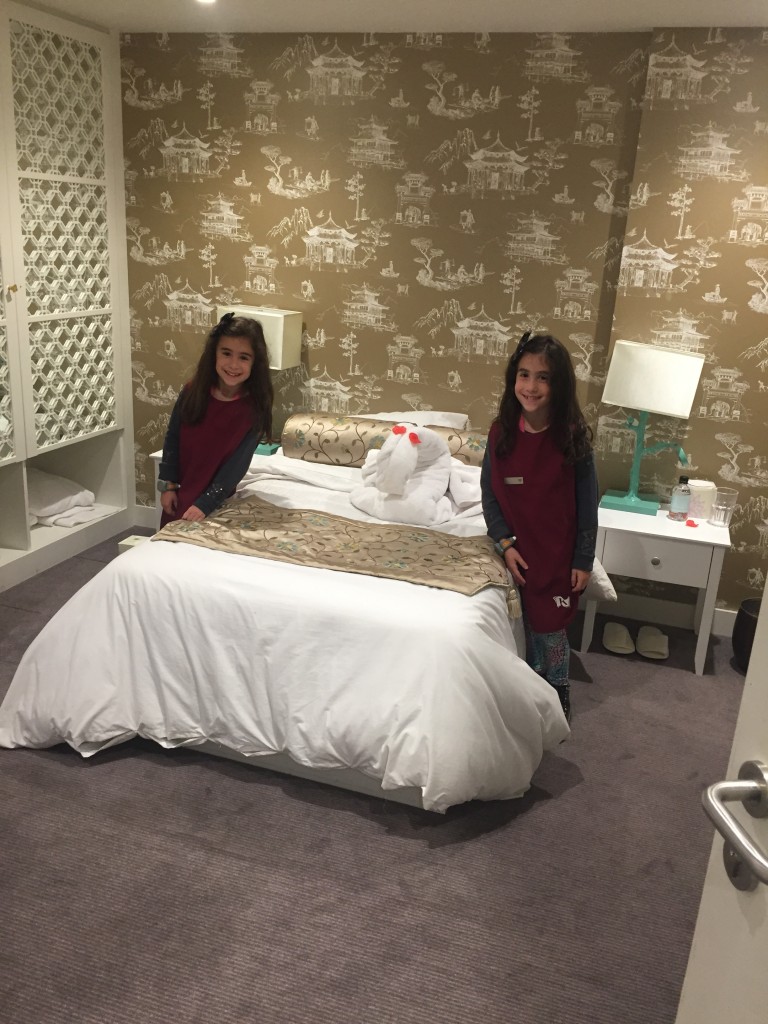 And working as couriers picking up packages: 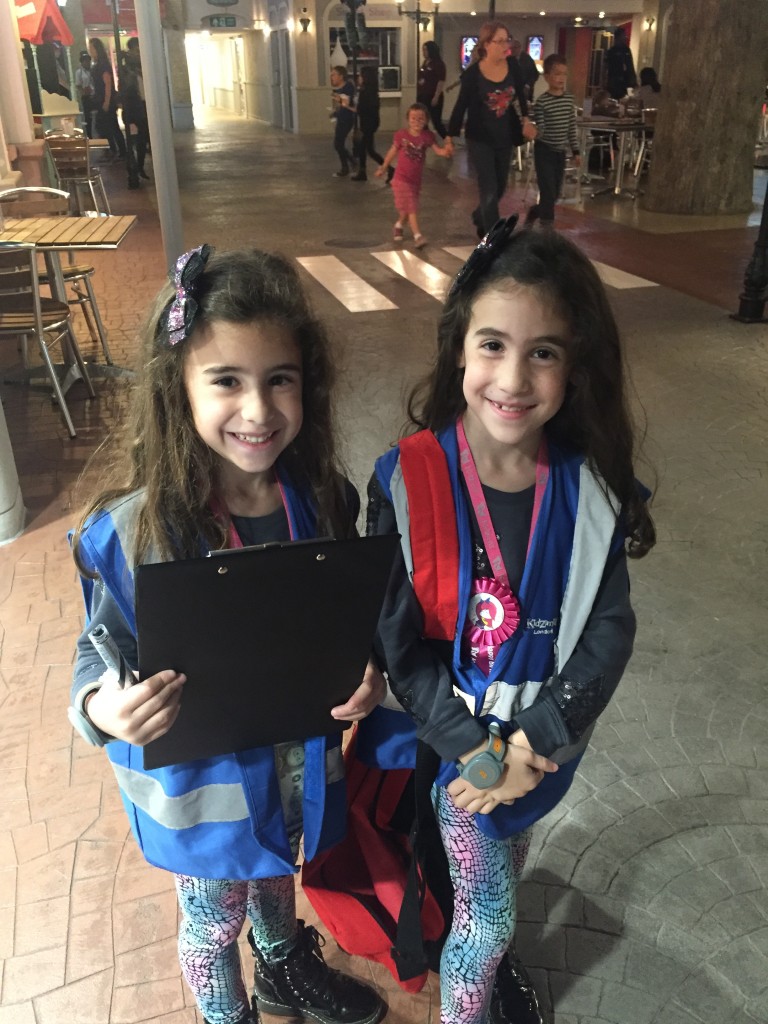 I caught up with Louis, who had also been a courier and was now working in the Bank’s vault: 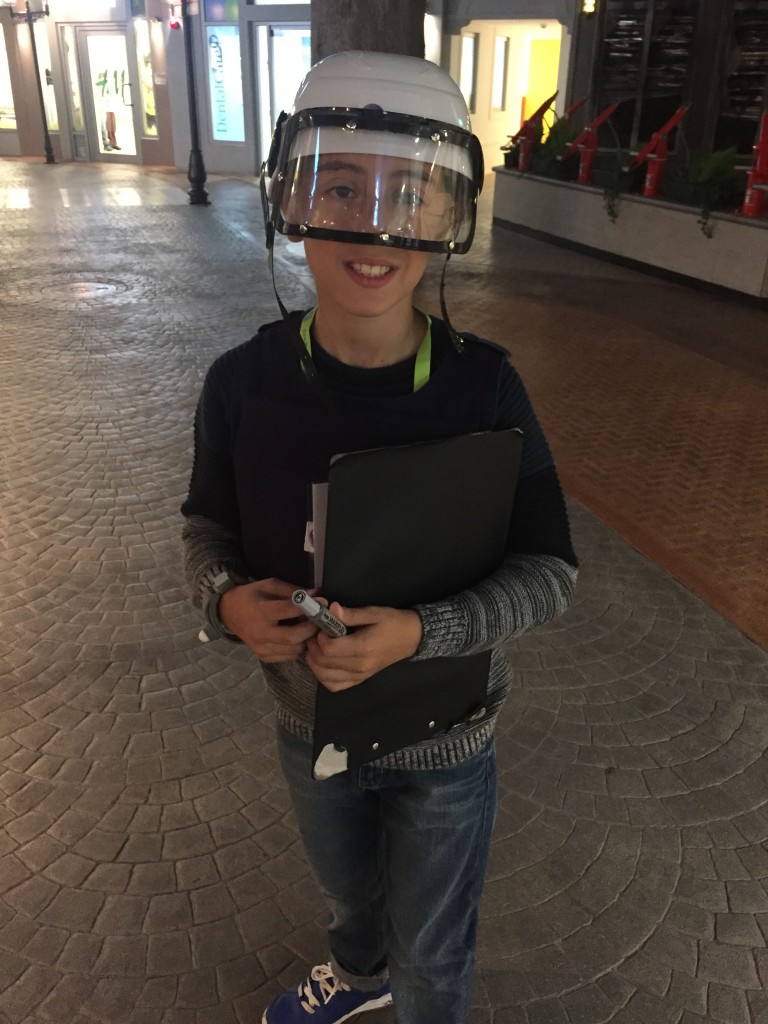 The girls decided they wanted to go and make some chocolate (chip off the old block eh?): 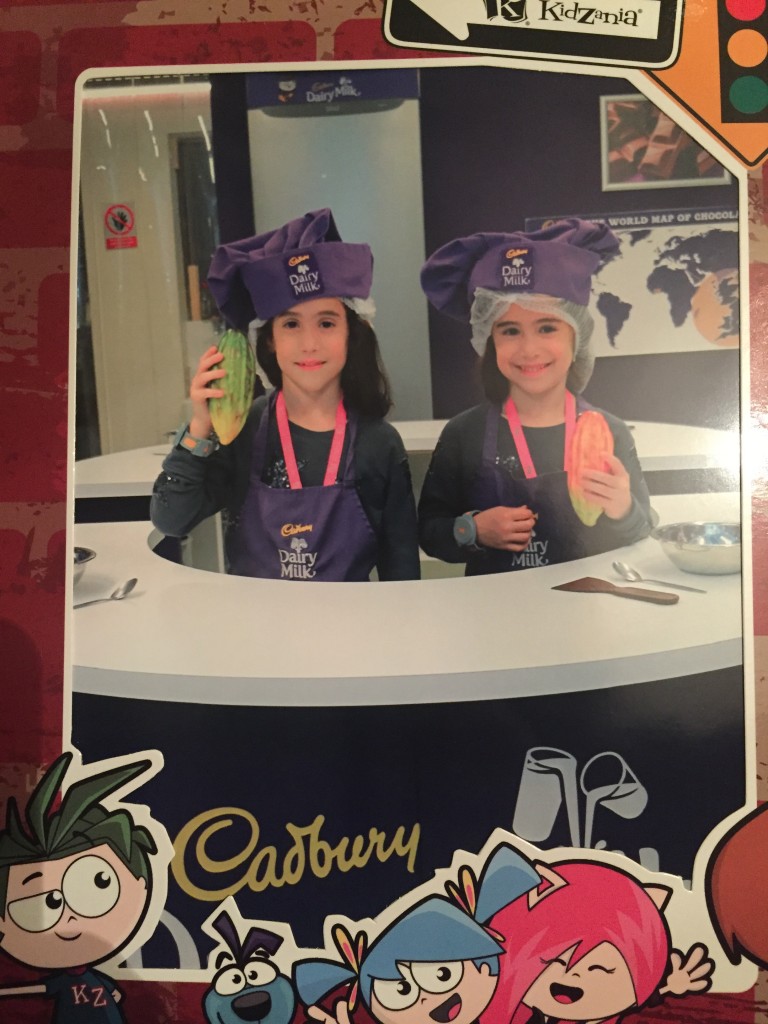 Whilst Louis was training to become Cabin Crew: 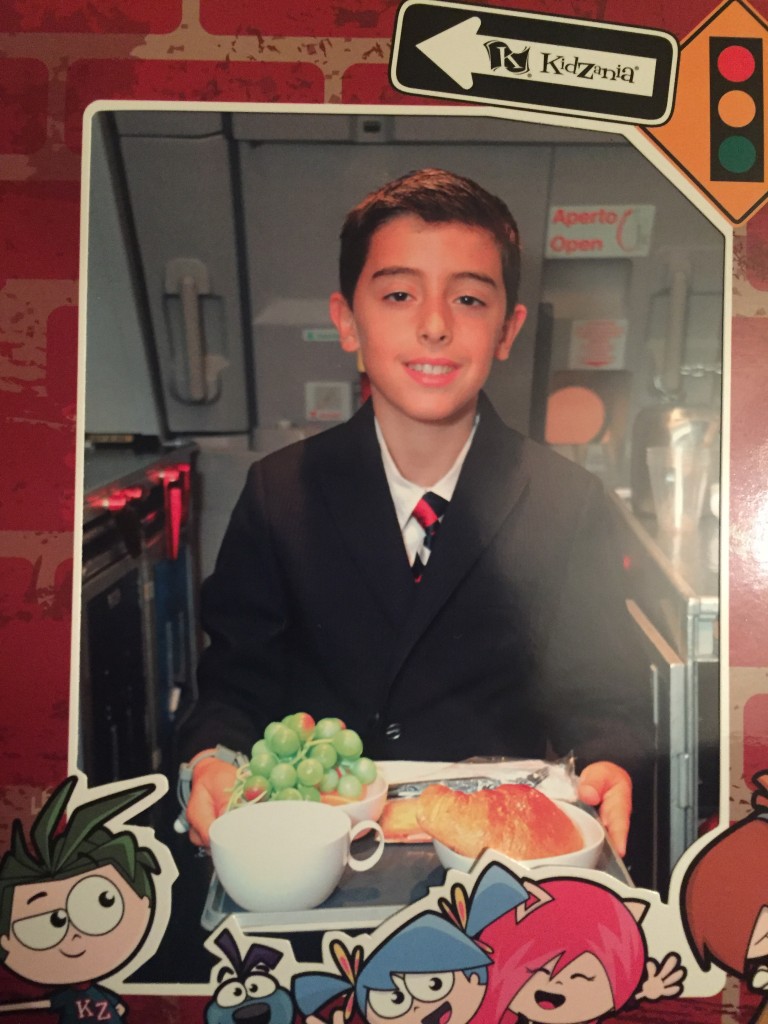 The girls then decided to go and take part in the magic show (the longest activity at Kidzania) and so this allowed me to spend some time with Louis…grabbing a bite to eat, giving him a chance to open a Kidzania bank account with the Kidzos he had earned, and then watching him work at the clothes recycling plant: 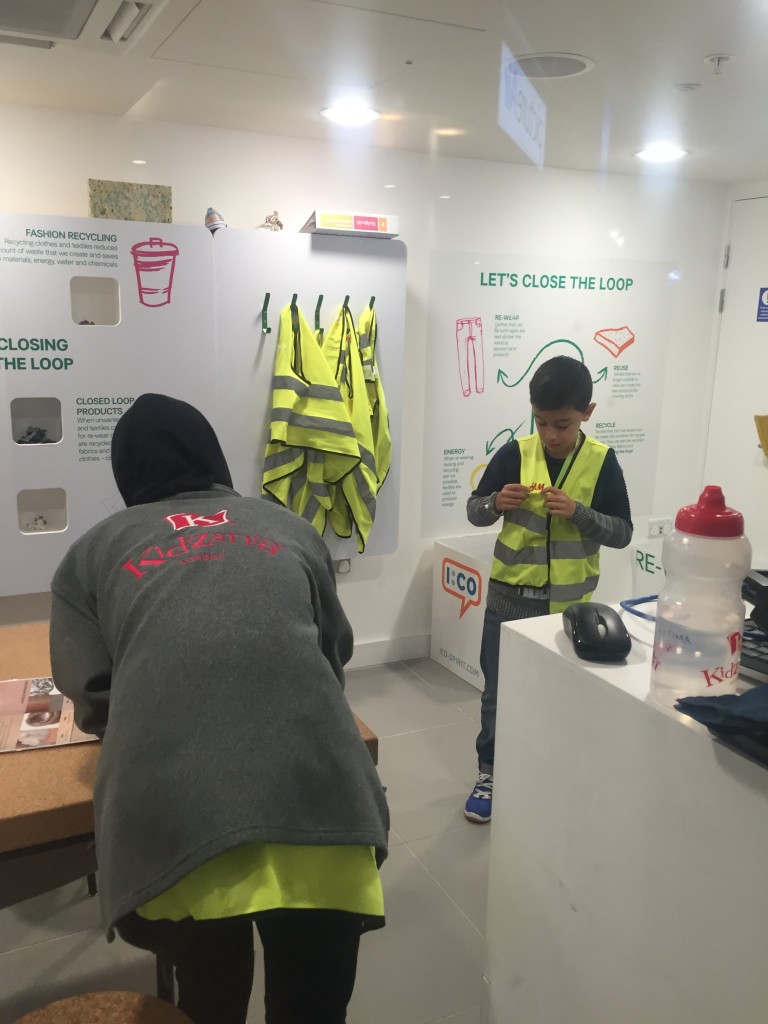 We then went to the Theatre to watch the girls perform in the magic show: 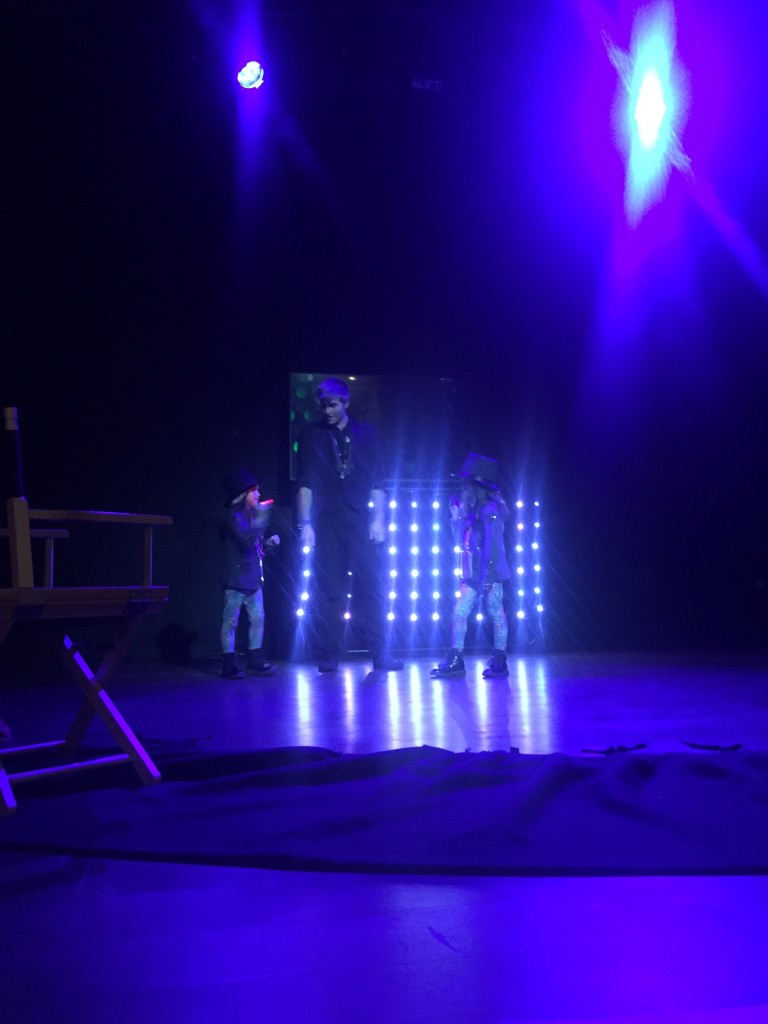 As our 4 hour time slot was coming to the end we decided to fit a few more activities in, including my favourite experience (never mind the kids eh?) 😉 So, Amelie decided to be a firefighter (there is a regular ‘fire’ at Kidzania). She was put through her training: 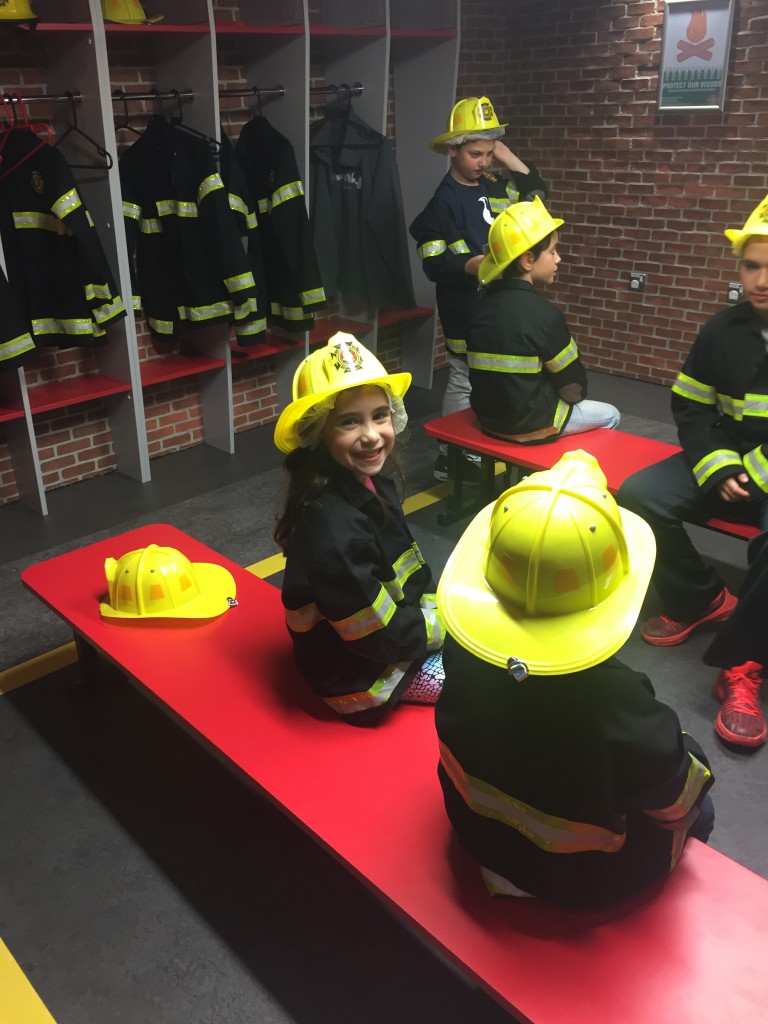 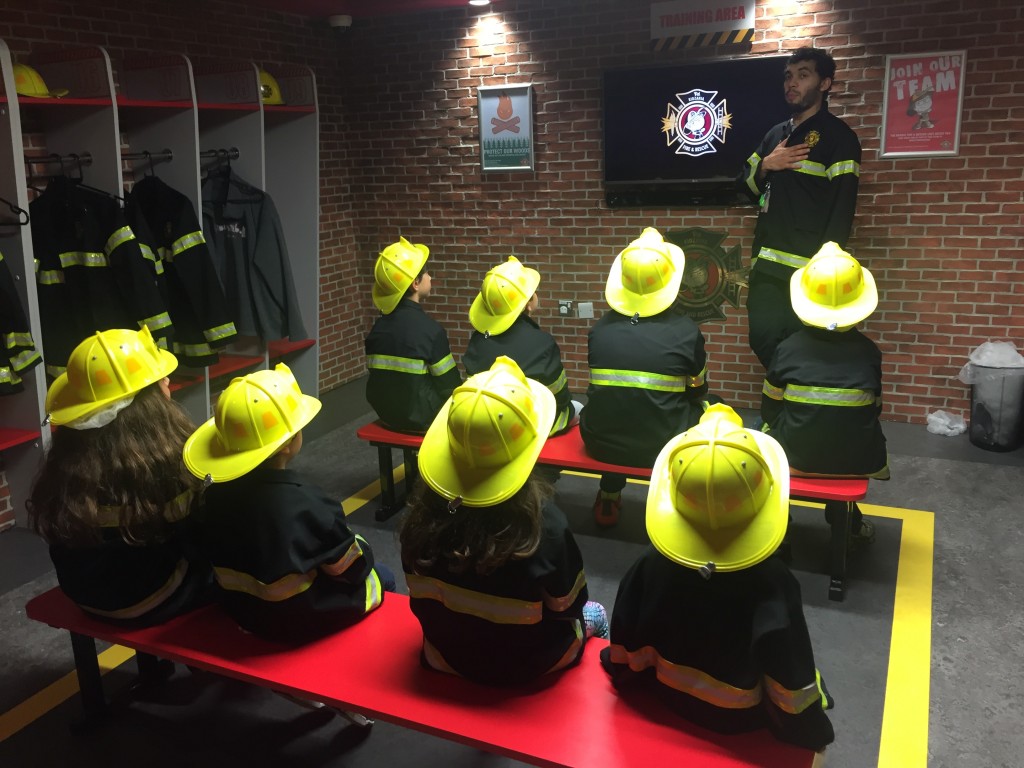 Then she went in the fire engine to put out the fire: 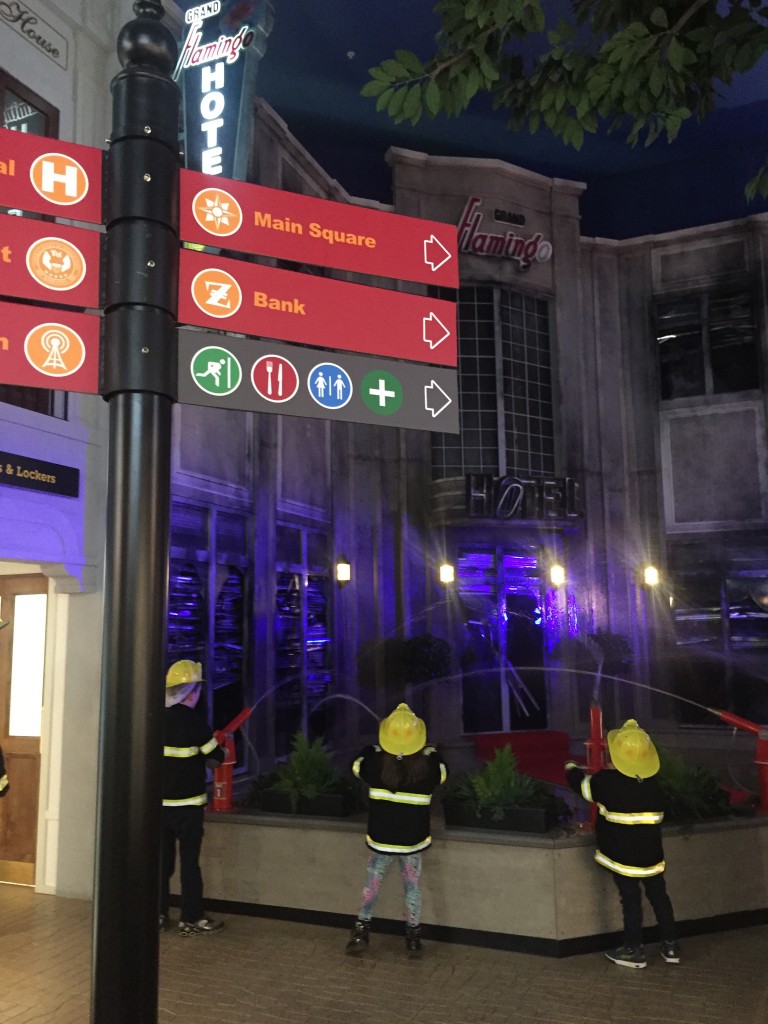 Meanwhile, as Louis and Gracie had entered the scene of the fire, the children that were now paramedics decided to treat my kids’ ‘injuries’….burns and a broken arm that became a broken leg!! 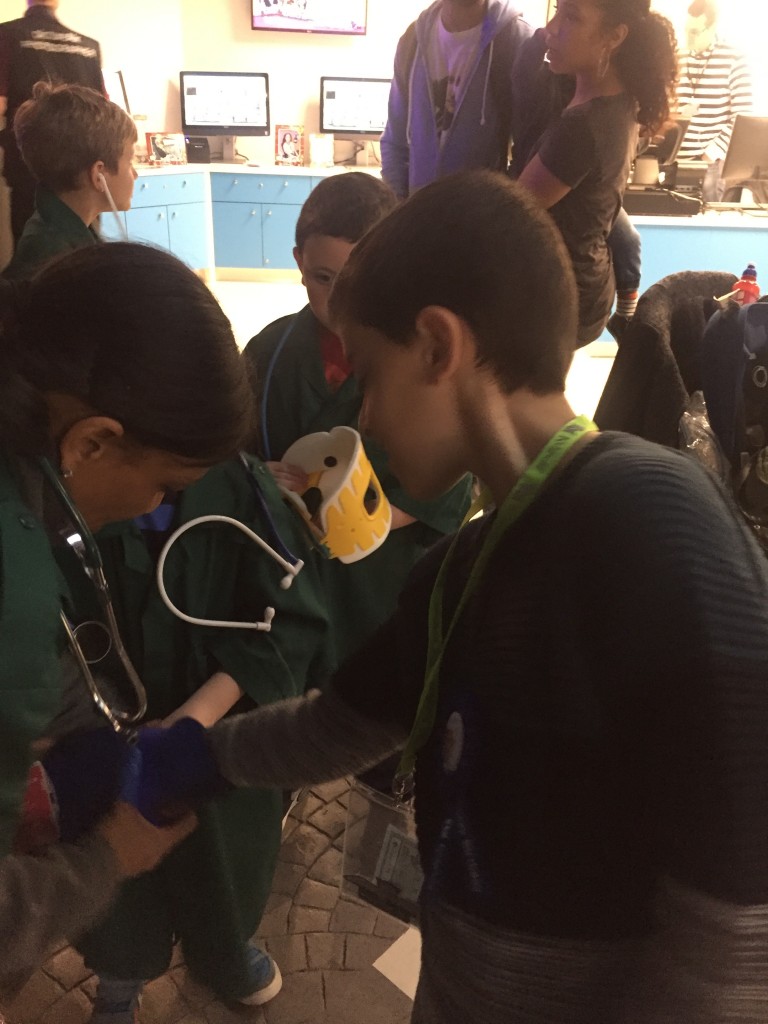 At the end of this session, my kids’ names were called over the tannoy and ‘Happy Birthday’ was sung to them in the main square! Thanks so much to Kidzania for making my children’s birthday outing so special. It really was an incredible experience. 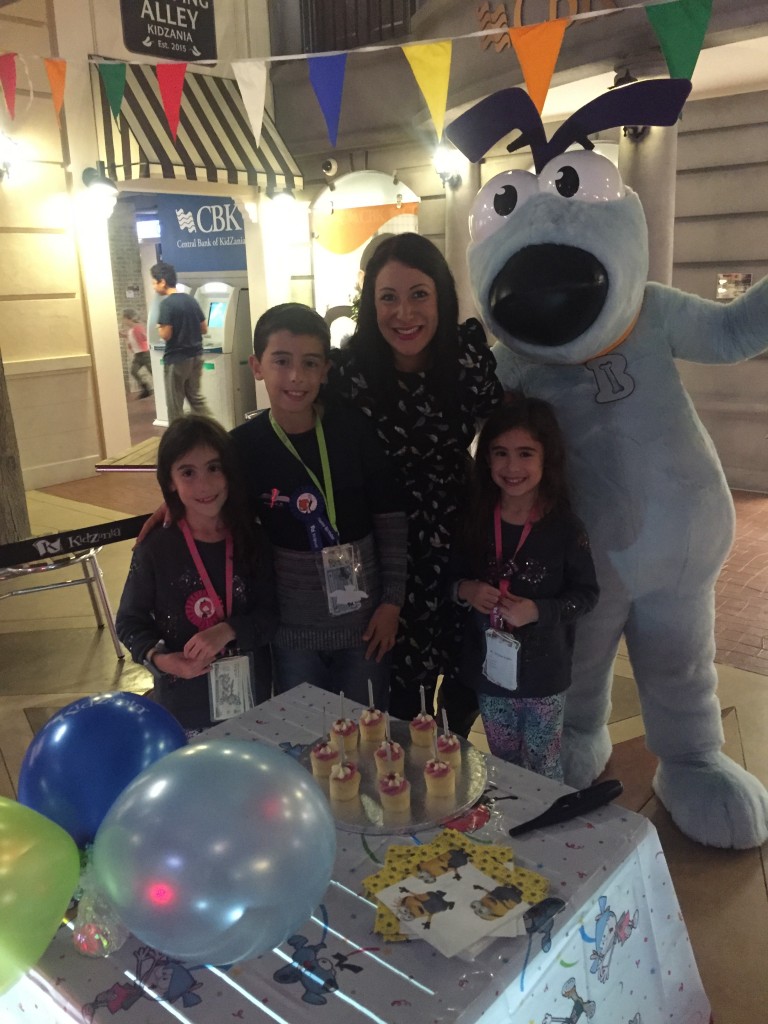