October Baking and the WI

Regular readers of my blog will know that October is a massive month for the Pelta’s! We have all three of my kids’ birthdays, two nieces’ birthdays, one nephew’s birthday, and this year marks mine and Mr P’s 10th wedding anniversary!

Add to that A LOT of work, I am one busy busy bee!

I had some lovely light relief last week, when my friend Tasha gave me a taster box of Cronuts or Crodoughs (depends on where you get them from). These are an amazing cross between a croissant and a doughnut! Rinkoff’s Bakery in London’s East End sell four delicious flavours – raspberry jam, chocolate fudge, custard and apple crumble and I was lucky enough to try a bit of each flavour: 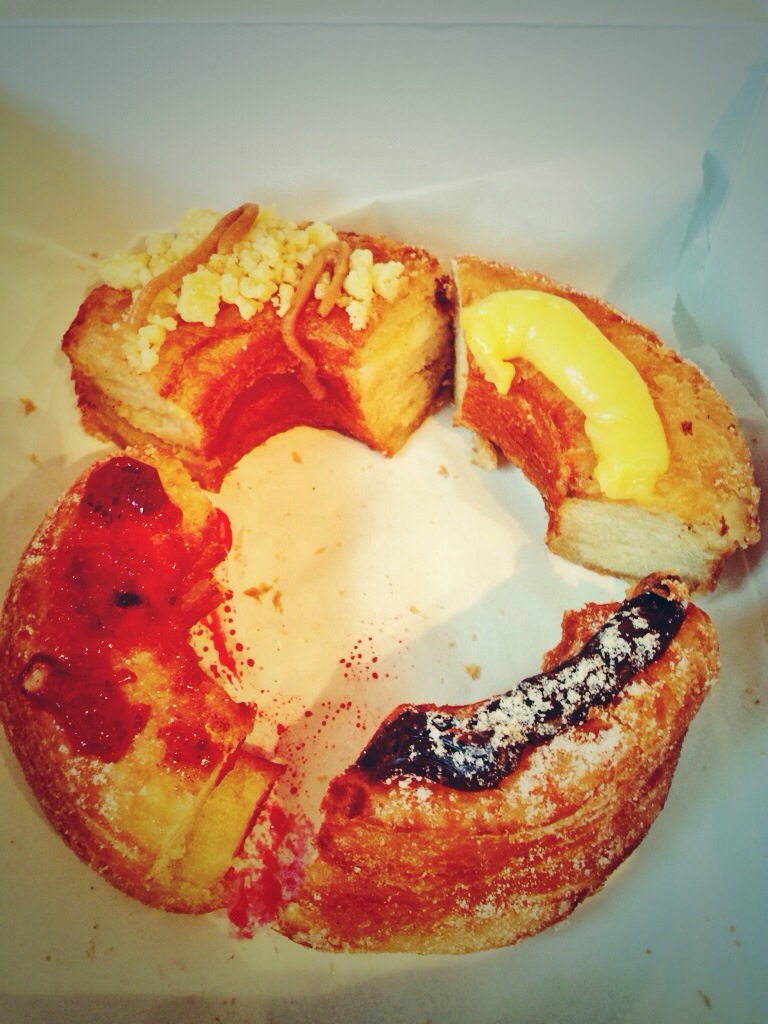 I have to say, my favourite (and Tasha’s) was the custard one which had custard oozing out of the middle! So so yummy!

I now have a lot of baking to do as we have the twins’ party next weekend and I am in charge of the adult table. I am planning on baking a couple of new recipes as well as few old favourites – my rocky road will definitely feature as it is always a hit! The following week I have my son’s birthday party at home and I am doing a cooking/baking party with 18 boys (eeeeeek!!) I still have to finalise what we are going to make, but I have a few ideas!

In the meantime, this week I am delighted to be speaking at the Finchley branch of the Women’s Institute about baking and where it has taken me! Read more about my talk here. I have long been an admirer of the WI and I am honoured that they have asked me to speak.

I’m also honoured to have my Banana Caramel Cookie Slice featured as Recipe of the Month in October’s edition of Marie Curie People Magazine! 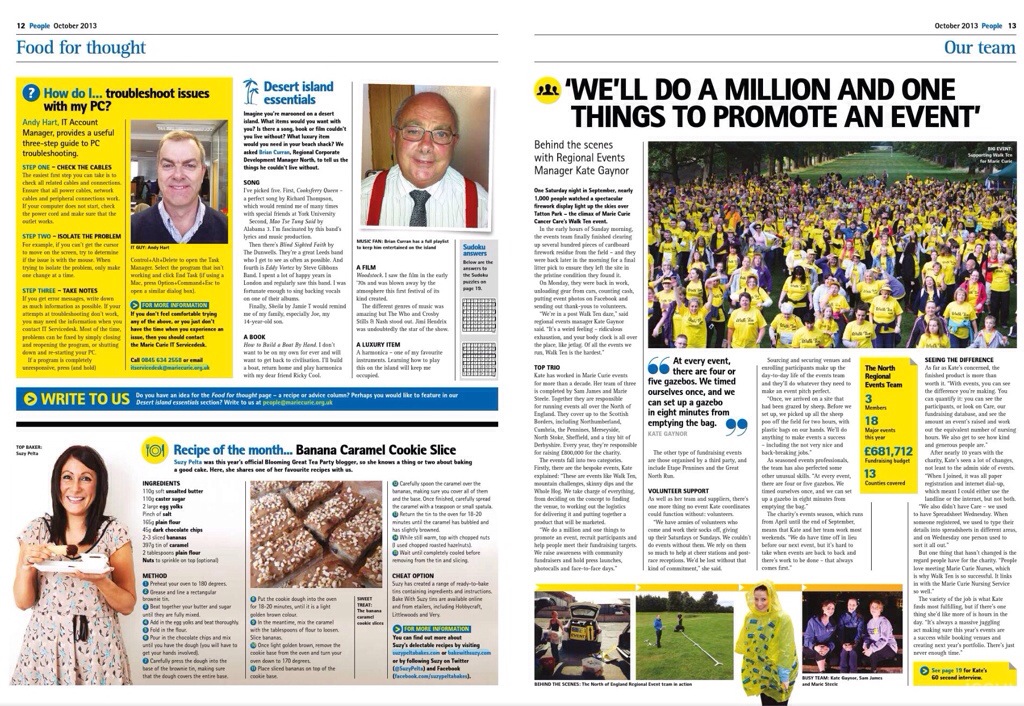 Do let me know if you make it! I’ll be making it over the birthday ‘season’!

Talking of which…I need to get baking! Be back soon