I’m back from the Good Food Show in Birmingham!! 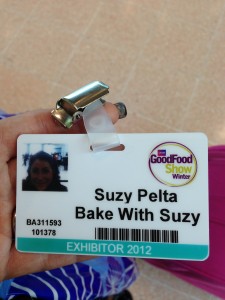 And I can admit this now…I was terrified about going. Not because of the show (that bit I was really looking forward to!) No, I was terrified…..about going on the train.

I haven’t been on a train since about 1999. Back then, we used to have steam engines to take us everywhere and smoking was positively encouraged on all but one carriage. Nowadays things are different.

However, perhaps I should clarify the things that I was terrified of:

1. Missing my train
2. Getting on the wrong train
3. Running for the train and missing it
4. Me and/or my suitcase falling between the train and the platform
5. Getting off at the wrong stop
6. Needing a wee and having to use the train toilets

I know I am a grown (semi) intelligent woman but honestly this list gave me many sleepless nights leading up to my journey!

I eat my sandwich.

Ok so missing my train wasn’t going to be an issue….or was it?

5 minutes before my train was due to arrive a wave of panic hit me. What if I was on the wrong platform. I quickly rushed to the train information screens.

It was ok. I was on the right platform.

I found my seat (and marvelled at the fact that the seat numbers were now digitally displayed!)

A (not so nice) lady was sitting in the seat next to mine, with all of her ‘stuff’ on my seat. She took a long time to move her stuff. I eventually sat down. It felt like I was sitting on her lap. I moved. I got out my magazine and water. I googled whether or not I was allowed to use the plug socket by my seat. I was! I plugged my phone in.

I then remembered a conversation that I had with a friend a few days before my trip:

‘Have you ever been on a Pendolino train?’ she asked

‘Oh I wonder if the way the Pendolino train tilts makes you feel travel sick?’

‘I’ve never been travel sick before!’

I have NEVER felt as sick as I did on that train. I spent the entire journey gripping the sides of my seat until my knuckles went white! It felt like the longest journey of my life, and so when the announcer lady announced our imminent arrival into Birmingham, I could not have been more relieved!

What I didn’t quite realise was that the walk from the train station into the NEC was long. And due to my jitteriness I had to take regular sitting down breaks. It was 35 minutes before I made it to the show!!!

When I arrived, I was totally overwhelmed by the sheer size of the event….it was a lot bigger than the Olympia show! I eventually found my stand and my colleagues – Darren & Simeon and set to work! 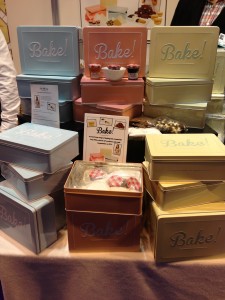 On that first day I met up with Cathryn Dresser again and she took me to meet Brendan, James, Sarah-Jane & some of the production crew from the Great British Bake-Off! It was fab to chat to them and to show them my stand! 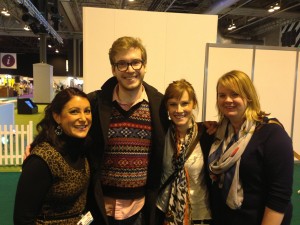 At the end of the day I picked up my suitcase (no one would help me with it because it was hot pink) and asked the guys how long the walk was back to the hotel. ‘Walk?’ they exclaimed! ‘Oh no no no….!’

They promptly led me to the car park and my ‘carriage’: a ford transit van. Now this will probably sound very ‘Princess-like’ but I have never travelled in a ford transit van before. Certainly not with three of us in the front. I got in and squished myself between my two colleagues. I wondered if people looking into the van and seeing the three of us might wonder if I had been kidnapped…

We got to our hotel, I dumped my stuff and headed out for dinner. When I returned to my room later that evening I thought it felt a bit cold. I tried to fiddle around with the temperature gauge, but then gave up and went to bed.

At 1am I woke up shivering.

At 2am I woke up to the sounds of sirens outside.

At 3am I woke up to the sounds of sirens outside and I was shivering.

At 4am the hotel alarm went off. All I could think of was how was I going to live down the shame of walking down 15 flights of stairs in my fleecy zebra print pyjamas? The alarm stopped. I stayed shivering in bed.

I got up, got ready and met the guys for breakfast. You could see your breath in front of you in my room.

When I went back to my room it felt a bit warmer, but I couldn’t wait for it to warm up, so I put my fleecy zebra print pyjamas back on and some socks and went to bed.

At 1am I woke up shivering.

At 3am I woke up to sirens outside.

At 4am I work up to sirens outside and I was shivering.

I got up, got ready and met the guys for breakfast. You could once again see your breath in front of you in my room.

Then it was back into the van and back to the show! It was an unbelievably busy day with a fantastic response to ‘Bake With Suzy’ and I did not get a chance to stop for lunch until about 4pm!

At 5:30pm I started the long trek back to the station. I was of course dreading the journey. However, the difference this way was that I was travelling first class. When I booked my original ticket it was only £3 extra to travel in luxury and so I persuaded my company to let me do this. And what a fabulous decision this was.

Upon arriving at Birmingham station I headed straight to the First Class Lounge. I sat down with a complimentary hot chocolate and packet of custard creams and read a magazine. Five minutes before my train was due to leave, I headed for the platform. I boarded my train and found my seat (which had a spare seat next to it!) I was offered a drink and a very yummy snack box within 5 minutes of the journey starting! 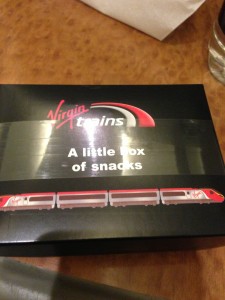 The fact that it was a Pendolino train again did not seem to bother me this time…something which I am putting down to the cushioning effects of First Class! It is clearly the only way I am travelling from now on!!!

My gorgeous family came to pick me up from the station and the takeaway that I had ordered whilst on the train, arrived a few minutes after we arrived home!

So now I am back to reality with a bang! Two recipes to be completed for this week. A photo shoot next week and a lot of work to do!! 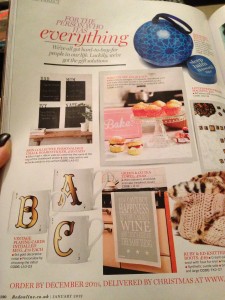 I’ll be back soon when I have warmed up